Research In Motion (RIM) has made it official that they will be releasing their first tablet called the BlackBerry PlayBook on April 19th with a price tag starting at $499 in United States and Canada. It features a brilliant 7″ high-res capacitative mulit-touch display with a highly responsive fluid touch screen experience. It also offers unmatched web browsing on any mobile platform with full support for Flash 10.1 as well as true multitasking, HD multimedia content, advanced security features and much more. It is now available for pre-order at Best Buy. 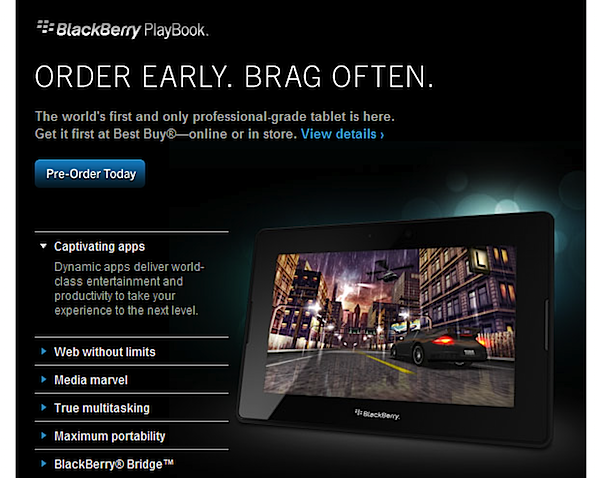 Following retailers and wireless carriers will initially carry BlackBerry PlayBook in US and Canada:


Tech Specs: Here are the complete specifications of BlackBerry Playbook:

Check out the cool promo video of BlackBerry playbook below: 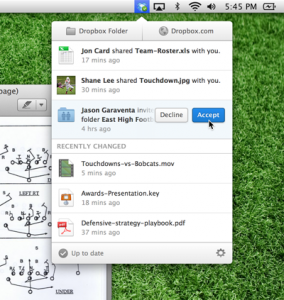 Dropbox has released version 2.0 of its apps for Windows, OS X and Linux with…

PRNewswire conducted a survey in the U.S., and concluded Apple iOS to be the most…

The U.S. Army is currently conducting several six week tests of the three most popular…