Recently, we were given the opportunity to get our hands on a BlackBerry Torch, white model, thanks to HomeShopping.pk. Since we are all iPhone and Android users here at iTD, it was a completely new and exciting experience to try out the device and the OS which was completely alien to us. While we won’t go deep down into the OS because a lot of things need BlackBerry services to work, you can read our impressions after the break. 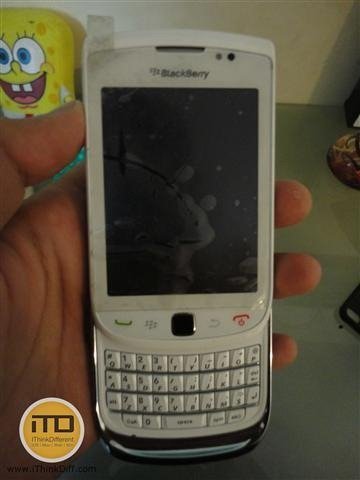 The packing of this device is minimalistic. It wastes almost no space that shouldn’t be there and packs the contents neatly. The package contents are written on one end so you can get an idea of what should be there: 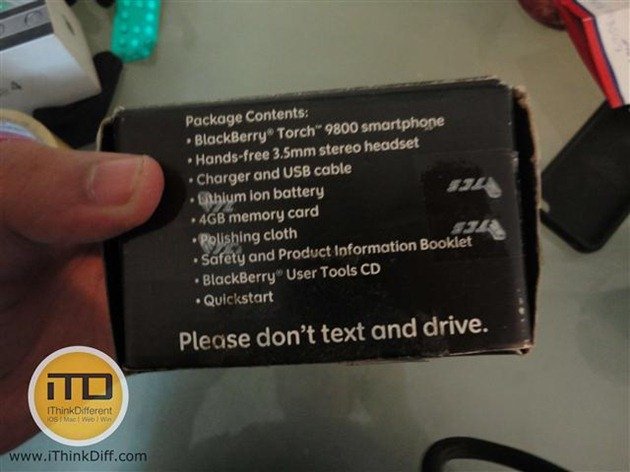 As well as a nice message to not text and drive at the same time. This feels a bit like the warning you read on a pack of cigarettes but it’s a nice gesture and could potentially save a few lives. 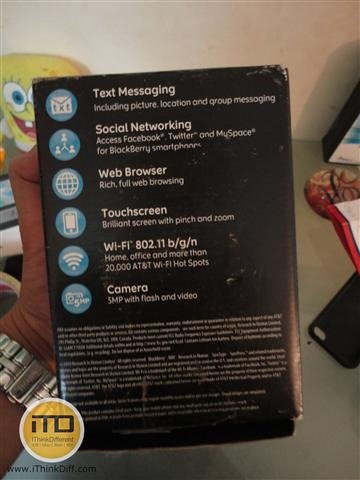 The features are written on the back which are pretty much run of the mill features now if you ask us. The only let downs we’ve found in the features list are that the processor is slow at just 624Mhz and the display is nothing to boast about. Once counter argument for the processor speed could be that not even the iPhone 4 runs at 1Ghz but at a much slower speed so it’s not the clock speed that matters only. 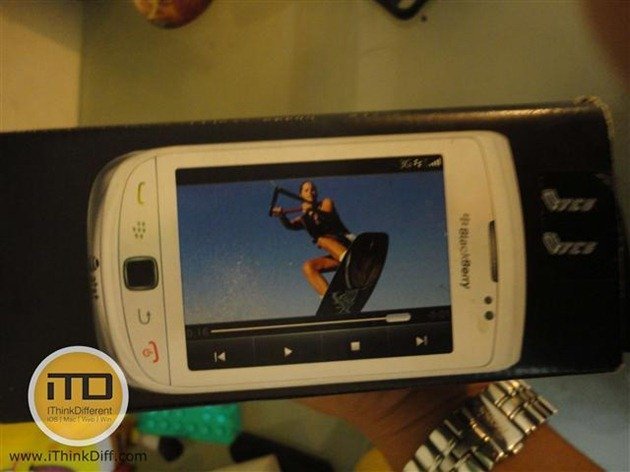 The package contents include a cleaning cloth, charger and USB cable, hands-free, polishing cloth and the usual manuals. 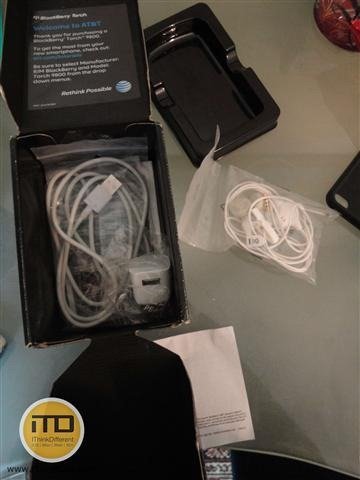 BlackBerry Torch is available for Rs. 44,900 from HomeShopping.pk. Get it now!

The performance of BlackBerry Torch during our testing was very good. While we weren’t able to get a hang of the OS right away due to the menu structure ( seriously, how do you factory reset this thing? ) it is highly feature packed. Facebook and Twitter apps are built right in and you can share media and status updates very quickly. BlackBerry Messenger is there as expected so you know you wouldn’t be away from your friends for long.

Multitasking is built into the OS although it’s not the most intuitive implementation we’ve come across. The OS never felt too slow no matter how much app switching was done. There’re enough customization features built into the OS to make anyone happy but there’s almost always a lot going on in the home screen to really let the user admire the background.

We tested out the browser against iPhone and Android. The browser is snappy as well and renders websites just fine since it uses WebKit like Android and iPhone although it’s still not as fast as Mobile Safari on iPhone 4 with iOS 4.3.x.

We couldn’t test out the email service as well as Twitter and Facebook apps since they require BlackBerry services which we didn’t have. 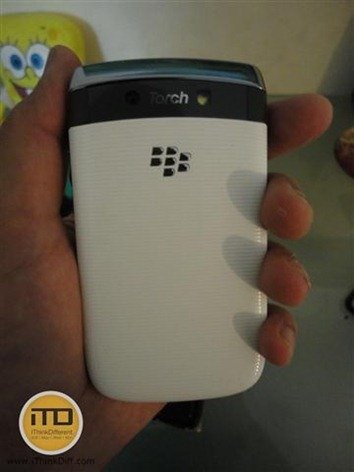 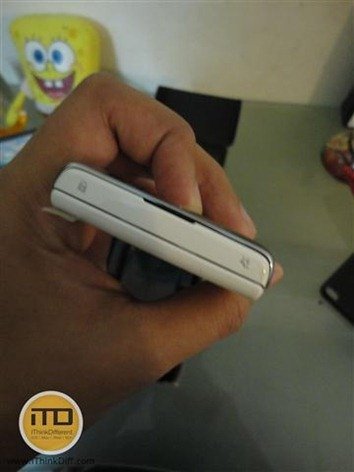 The camera app is full of various features that should theoretically improve pictures, but the camera just isn’t good enough against the likes of iPhone 4 or Nexus S. We image business users who would use this phone wouldn’t be too concerned about the shortcoming but if you put a 5 MP camera in a phone, at least make it good. 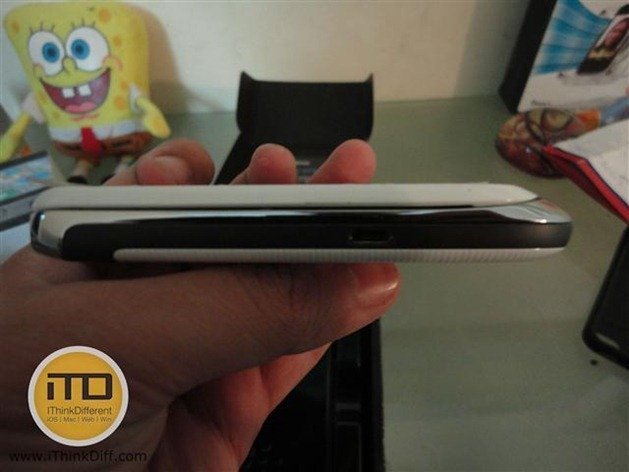 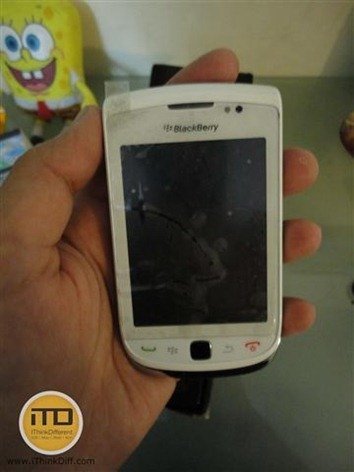 Overall, our impression of the BlackBerry Torch is sort of a mixed one. We like the shape and design of this phone but the OS isn’t something we were too fond of. Perhaps that’s because we’re not BlackBerry users or maybe RIM needs to do some fixes ( BB OS 6.1 is supposed to fix all the shortcomings of OS 6 ) but there should be more attention paid to the user who uses an iPhone and Android. Because if RIM isn’t converting new users from these platforms to BB, then either they’re just stagnant or they’re in deep trouble.

I’d still give this phone a solid 4 stars out of 5 for what it is. It’s a flagship phone that launched BB OS 6 and is a good solid try at a touch screen phone. It could have been much better but then again, which phone couldn’t be?

P.S. if you want a BlackBerry Torch, get the white one!