Even though the next big update to Microsoft’s Windows OS codenamed “8” is scheduled for release in late 2012 or early 2013, it seems these dates would need re-adjustment keeping in view the rate which all these builds are leaking out. Just over a weak ago, build 7955 of Windows 8 was leaked and today build 7959 is floating all over the web. This build which is reported to be extremely buggy, is the first 64-bit M3 (Milestone 3) build of server type that has been leaked. The download size for the build is roughly 2.87GB. 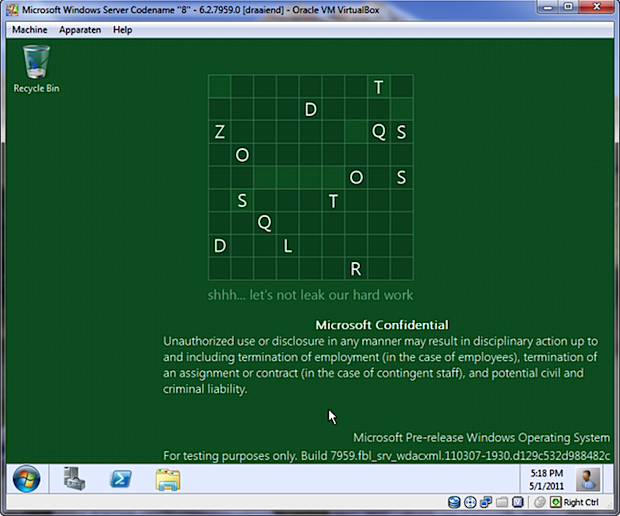 According to the source, here are the details for the leaked M3 build:

(Reported not working in VMWare)

It is now available for download on the FTP

If you’ve already installed a previous leaked Windows 8 build, you might wanna try unlocking the hidden features including Ribbon UI with these tools: