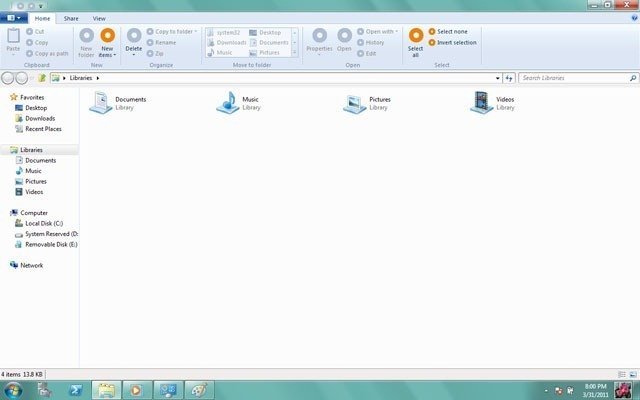 Last week we reported that Windows 8 had been leaked, and even earlier today, we told you how to put Windows 8 on a USB drive and install it. Now, new features are being discovered with a little registry tweaking.

Hackers everywhere have been tearing this Windows 8 build apart to try and find out what is in it, and what Microsoft is going to bring to the table with their OS.  Several have been found and we have them here, with the registry edits as well.  All of these hacks were found in the same build version that has leaked, so these are all viable for the build that is circulating the net.

One of the first features discovered was the built in webcam.exe application.  There has been hype over what this will actually bring; native web cams to PC’s, or even Kinect support for Windows 8?  That would definitely be a step in the right direction.  Here’s the hack:

The next feature found was Modern Reader application, a built-in PDF reader for Windows.  Here’s the unlock:

Another feature found was an advanced Task Manager:

And finally, Microsoft has included the Ribbon from it’s office apps, as part of explorer, which is the picture above.

Now simply restart explorer and you should have the ribbon UI unlocked.

Now there are no promises that these will be final features of the OS, but in any case, we think these are some pretty cool features!  It may be worth trying the beta.