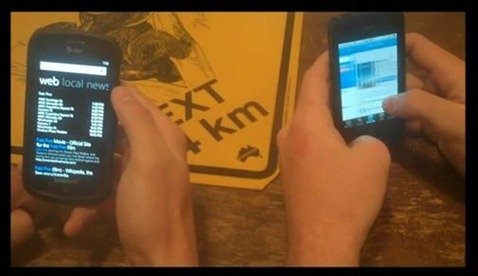 So keeping the above in mind, check out the video below. Also, this isn’t an official video so it shouldn’t be understood as one either thanks to the ending clip.

Windows Phone 7 has a long way to go to catch-up in terms of features or apps with iPhone or even Android ( Google Talk just got video and voice chat integration. Windows Phone 7 devices don’t even have a front facing camera! ). Of course, Microsoft wouldn’t point out the shortcomings of their platform in their commercials. What would be interesting to see is how long does it take to post a status update on Twitter or check in on Foursquare? Oh wait, but that’s where Windows Phone 7 is left in the dust by competing platforms – its third party apps are pathetic.

P.S. how about comparing which phone stays alive after an update?

P.P.S. you might want to read this: Hey @Microsoft, I’m Getting Rid of Windows Phone 7 and Here’s Why!