Microsoft advertisement has taken a U-turn ever since Windows 7 launched. There ads have meaning now and actually make sense to the average consumer. They show off why you should use the product and what its benefits are. The latest round of commercials from Microsoft does just that; show off the wonderful features of digitally connected devices and services in Microsoft’s ecosystem. 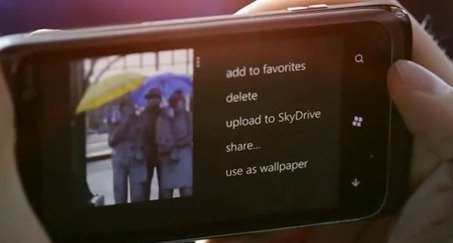 The first ad, spotted by LiveSide, titled ‘The making of a flash mob’, shows off Windows Live, Windows Phone 7, Internet Explorer 9, Kinect and Windows 7 on PC and tablets. It shows how friends, choreographer Bobby Bonsey and producer Egan Orion, design and launch a flash mob in Seattle. All the planning, communication and coordination is done via Microsoft’s product mentioned above.

The second ad, spotted by WMPoweruser, again tells a story of friends going on a trip and using Windows 8, Windows Live, Windows Phone 7, Kinect and Windows Media Center on a tablet to stay entertained through out. The part where the guy buys a song on Zune and just picks up his Windows Phone 7 and leaves with the song is really impressive. Only if Zune was available all over the world..

The story telling of these ads is really good. What do you think?