After a gap of 2 years, the developers behind Camera+ for iOS have released a new update, version 2, for iPad. This release brings a new modern look to the iPad app, along with an extensive list of tools and Apple Pencil support. 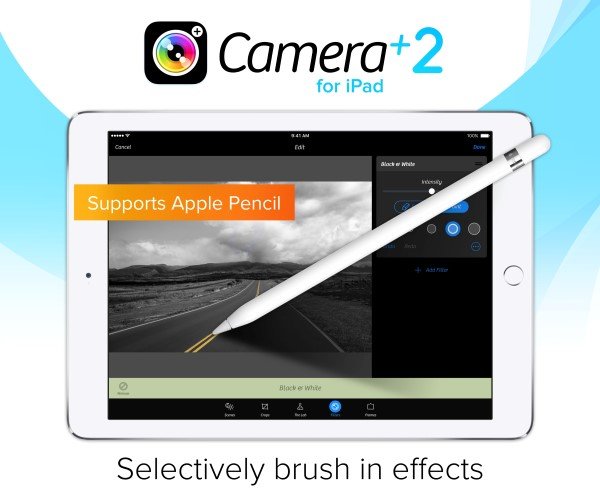 Camera+ has been one of the most popular apps for iPhone. The iPad version was released a few years ago but it has always lagged behind its iPhone counterpart. Camera+ for iPhone is at version 8 while the iPad version just got updated to version 2.

The newest update brings its feature set up to date with the iPhone version and adds a few iPad specific features as well. The app now supports multitasking on iPad as well as selective brushing of filters and other tools. You can also use the Apple Pencil for precise photo editing using the large list of tools in the app.

The iPad app also gets support for the following tools:

If you are one of those users who take a lot of photos on their iPad, this app is a must have. The app is available for $4.99 in the App Store (free for existing users) and is a separate purchase than Camera+ for iPhone. You can also give Camera+ Free a try but it will show the iPhone interface on iPad.