Camera+, one of the most popular third-party camera apps for iOS, has received a major new update, version 8. This update brings new features to Camera+ which include slow shutter, ultra-low ISO, iOS extension, update notification center widget and more. 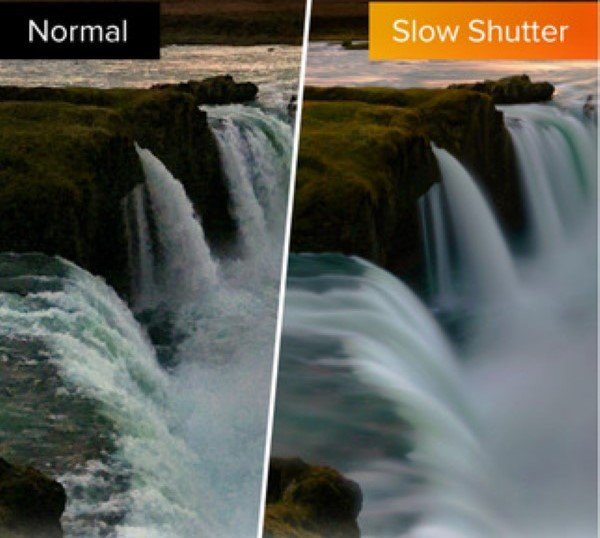 The new Slow Shutter feature means that you can take low exposure shots, of up to 30 seconds, just like on DSLRs. This means that you can have fuzzy waterfall pictures as in the image above or take photos with light streaks. Ultra-low ISO helps with this by bringing support for very low ISO values. When combined with slow shutter, low ISO values help to take pictures with good brightness in low light, instead of simply blowing them out through overexposure. Slow Shutter and Ultra-low ISO will only work with iPhone 6 and above are not supported on older models.

Other features include new import options, allowing you to import the last taken photo from your iOS Photos app with just a tap. Notification center widget also gets this new quick import functionality. Camera+ also has a new extension now, which means that you can open a photo in Camera+, right from the Photos app by using the share menu.

Lastly, there are a number of bug fixes, with a focus on the Apple Watch app which acts as a shutter for the iOS app.

Camera+ 8 is available for $2.99 for iPhone and iPad. You can also try the Camera+ Free version to test drive the app with limited functionality.