Apple has announced Swift Playground 4 for iPadOS 15. The new version will allow users to develop iPhone and iPad apps right from their iPad, test them with a real-time preview, and publish them to the App Store.

Swift Playgrounds has been an easy-to-learn way for iPad users to get started with learning Swift language, but it has never allowed them to actually develop complete apps. 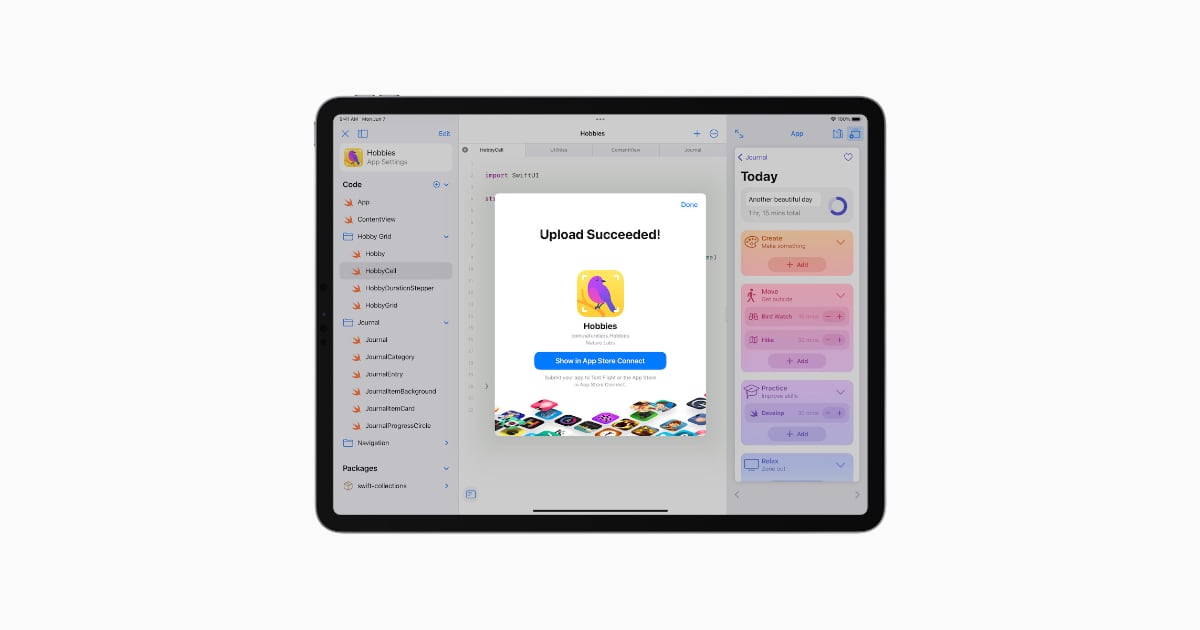 Swift Playgrounds 4 allows users to code apps with Swift language and take advantage of a development environment that features code autocomplete and live previews so they can see their app as they code. The app also allows users to run the iPhone or iPad app in full screen to test it.

For advanced users, Swift Playgrounds apps can also be opened in Xcode on Mac thanks to support for a new open project format based on Swift packages. This will allow users to start a project on their iPad, and complete it on their Mac.

When users have completed their app, they can publish it to the App Store right from within Swift Playgrounds on their iPad.

It is unclear as to what would be the limitations of Swift Playgrounds 4 but it is not expected to be as powerful as Xcode. Users have long been asking for Xcode for iPad, which should be able to take full advantage of the computational power that iPad has on offer. However, it seems that Apple is still not ready to create a full-fledged professional app for iPad.

Swift Playgrounds 4 will be available for iPadOS 15 for free later this year.