Samsung released its newest flagship smartphones, Galaxy S9 and S9 Plus this month. The smartphones ship with new camera technology, faster processors, Intelligent Scan facial unlock,  AR Emojis and more. However, it has the same design as its predecessor, Galaxy S8. Galaxy S9 might not come with a brand new design but it does have a brand new set of wallpapers. 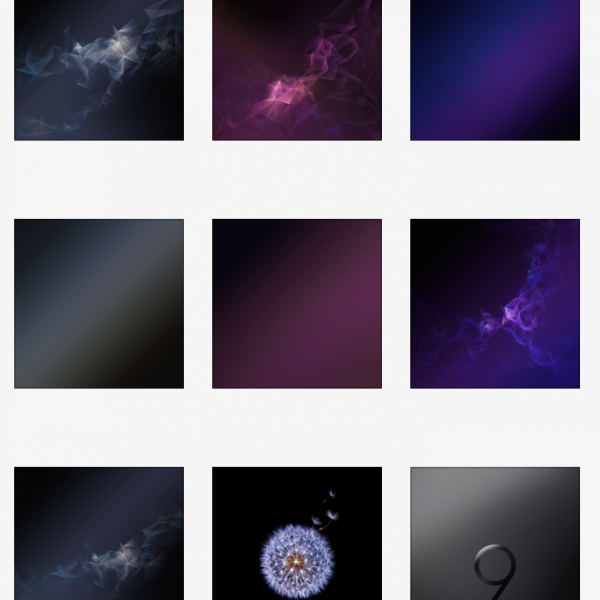 Galaxy S9 is a worthy competitor to flagship phones like iPhone X, Pixel 2 and the likes. While in terms of design, it resembles Galaxy S8, it packs the fastest processor that non-iPhones have: Snapdragon 845. It also has a dual-shutter camera which can switch between two apertures: f1.5 and f2.4 to adapt to different light conditions. Samsung’s new smartphone also changes its location of the fingerprint sensor; it is now located below the camera lens, instead of next to it. This makes the finger print sensor much easier to use. The phone also ships with the beautiful OLED Infinity Display, which Samsung first introduced in Galaxy S8.

With all the good new features, Samsung has again included the Bixby hardware button. The button can be disabled from settings though, so if you are not a fan of Bixby, you can always turn it off. When you have Google Assistant on your phone, why would you even bother with Bixby? Being a Galaxy phone, Samsung has also included their version of every app so you can two variants of Calendar, Mail and so on. Even though users have complained about this for ages, Samsung’s TouchWiz doesn’t hold back on its large number of bloatware apps.

You can download all the wallpapers from Samsung Galaxy S9 and S9 Plus from the gallery below. Just click on any of the thumbnails to open the full image and download it. These wallpapers have a resolution of 2560 × 2560 so they will work on almost any device that you try them on.