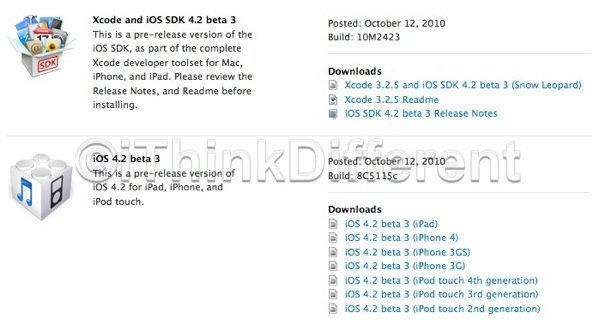 Apple has just dropped iOS 4.2 Beta 3 fοr iPhone, iPad & iPod Touch for the developers. The second beta of iOS 4.2 was released on 29th September. It must be kept in mind that these beta versions are exclusively available to developers enrolled in Apple’s developer program for testing purposes only.

iOS 4.2 Beta 3 is reported by early testers to have the following changes:

This release of iOS 4.2 marks the third beta of the software in last four weeks. The final version is due out in November as announced by Apple earlier.

If you are an enrolled developer, you can use the following links to sign-in to your Apple developer’s account and download iOS 4.2 beta 3 for your device: