About 2 months ago, it was announced that the Blackberry Desktop Manager was coming to Mac users owning Blackberry’s. Gizmodo reports that a leaked beta version is available for download now. The full version should be out soon but till then Mac users can indulge themselves with the leaked version. It might have some bugs, but nothing wrong with trying it out. 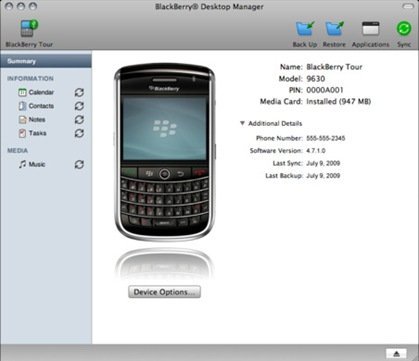