The latest known beta build of Office 2010 ( version 14.0.4417.1000) has been leaked to the Internet. A few days ago, pictures of this particular build had surfaced on various websites. The images show the new and improved Backstage view along with a complete new set of icons for each Office Application. A new Upload Center is also available for document sharing as well as a new activation system. 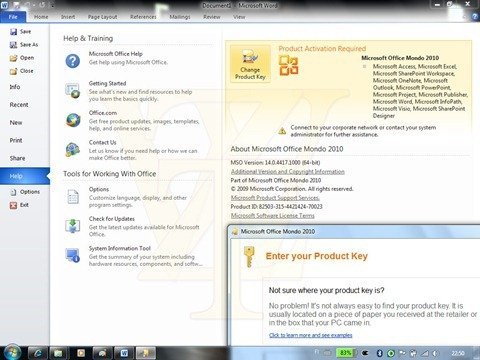