Since yesterday, I’ve been tweeting repeatedly to remind all my followers who hadn’t yet saved their iOS 4.3.1 SHSH blobs for their iOS devices to “do it now!” as the final window of getting this ECID signature has been closing ever since iOS 4.3.2 update was rolled out. As of now, Apple is signing iOS 4.3.1 so its still not too late. Previously, Cydia used to backup your SHSH blobs automatically once you jailbroke your iOS device but the problem is, it isn’t doing so for iOS 4.3.1 and beyond. Now, the only way to make sure you’ll be able to successfully downgrade or restore to an older iOS firmware is to have these securely saved in your PC locally. This of course is easiest to do with TinyUmbrella, the SHSH grabbing tool available free for Mac and Windows. 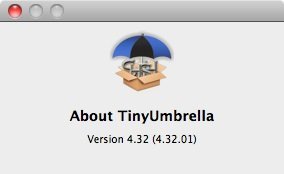 The latest update for TinyUmbrella also supports iOS 4.3.2 (GSM) and iOS 4.2.7 (CDMA) SHSH as well as adds a new feature “Visit Blog” once a new version of Tiny Umbrella comes out. For those who are having issues getting SHSH for iOS 4.3.1 via TinyUmbrella are instructed to download the older version (fixed) once again and try saving the blobs as Cydia has apparently been having some issues which @notcom has personally acknowledged too:

OK so it looks like Cydia is giving up the ghost and having some major issues. I’ve re-uploaded 4.30.05 for those of you that want to save 4.3.1 via APPLE. Hurry up and do so before 4.3.1 is no longer signed.

To save your SHSH via APPLE instead of CYDIA (the default) go into Advanced options and UNCHECK the box that clearly says: “Request SHSH From Cydia” then click ‘Apply Changes’ then select your device then click ‘Save SHSH’

Here are the links to download TinyUmbrella 4.30.5 for saving iOS 4.3.1 via Apple (while they are still being signed):

If you run into any issues, feel free to ask us in the comments section!