Dropbox App for iPhone and iPad is one of the most useful apps in the App Store. With the support it has for so many different platforms such as Windows, OS X, Web, Android and iOS, it’s a must have for a user like me who uses so many different computers. Also, it’s great for sharing files, backing them up and just syncing them. 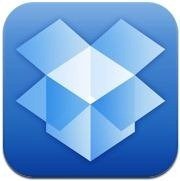 Dropbox version 1.3 for iPhone and iPad brings a lot of new improvements such as a redesigned UI with Retina Display support, offline file caching, landscape file viewing on iPad, folder creation and much more. iOS 4 users will specially love the support for background uploads and downloads.