Dropbox has released version 2.0 of its apps for Windows, OS X and Linux with new sharing features and notification improvements as well as an updated sleek design. The new feature set is shared with the website as well as Dropbox mobile apps for Android, iPhone, iPad, Blackberry and Kindle Fire users.

Users can now receive real-time notifications on their desktops when anyone shares a file with them, as well as keep an eye on the changes happening with their files on Dropbox. Whether the user performs any update on their files or someone else does in a shared folder, a newsfeed of sorts is available when you click the Dropbox icon. Accepting or rejecting invites to shared folders is also possible from the same menu. 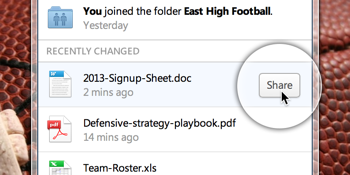 This makes sharing files and keeping track of changes much easier, especially in situations where collaboration is important. However, to share files, you are taken to the website once you click the button. We hope Dropbox is listening and implements some sort of desktop sharing UI so that users don’t have to switch between website and app for such small tasks. The new menu layout also shows the sync status to keep you up to date. In case you want to access the old style menu, hold down the Ctrl button while clicking the icon to see it.

The events feature is also available on the Dropbox website but not on the mobile apps yet. You can get real-time push notifications for file sharing invites on mobile apps, just like the desktop apps.

Along with recently announced features such as file previews on the web as well as camera uploads from mobile and desktop devices, Dropbox is integrating itself neatly into many aspects of our workflow. With the new updates, we would rank Dropbox as number 1 with SkyDrive as a close second and Google Drive as a distant third. 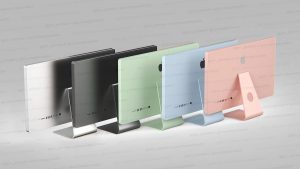 As per a new leak, Apple is working on its redesigned 2021 M1 iMac which… 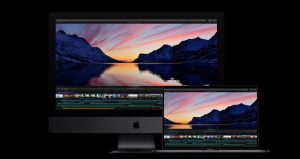