Some tricky tweaks reveal a concealed dark mode feature in Facebook settings for iOS app. The feature is still in development phase and is not yet available for either public or beta version of Facebook. WABetaInfo discovered the new dark theme for Facebook iOS app as a work-in-progress on the implementation and improvements of the feature on every element on the app.

The report claims that when released, users will be able to switch to dark mode via settings. They will also have the option to turn the dark theme to ‘always’ or alter it according to their ‘device’s system settings’. 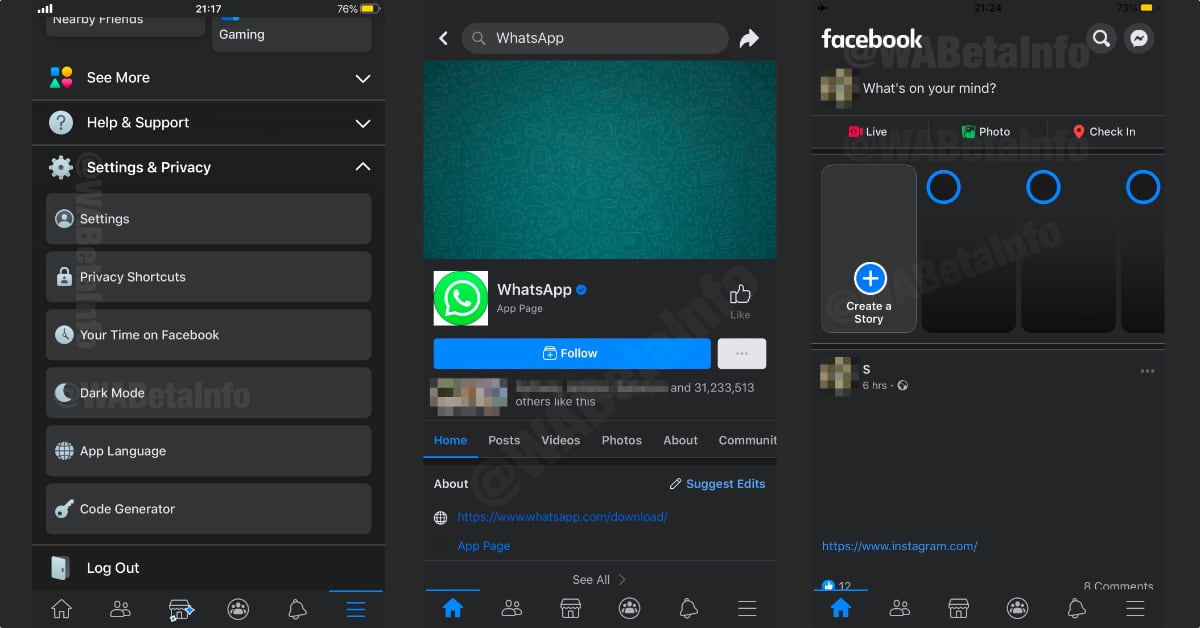 At the moment, the color tone of the theme is not as deep or dark as the usual dark mode color tone available in iOS 13. It looks like Facebook is going for a grey tone. After testing out the theme, WABetaInfo states that there are a few implementation issues like differing colors of some elements like status bar and white background for profile images. Besides that, everything in the app complies with the theme. It should be reinforced that the feature is still in the development phase, therefore, the final version might be different from the current version of the dark mode.

It is a little peculiar that Facebook is going with a grey tone rather than dark version of dark theme because OLED iPhone displays save energy when dark mode is on. On OLED display, true black pixels remain inactive which saves power. Having said that, a black-ish background instead of white will still be easy on the eyes.

Facebook app for Android already offers a dark mode with the same grey color tone. Last month, Facebook rolled out the new mode for its website, and last year, made the theme available for Messenger. Without a definite timeframe, we now know that iOS will eventually be updated to offer the new dark theme.