Facebook has launched a new app called Facebook Live. Facebook Live is an official Facebook live stream channel. Even though it would have been a great new feature and much bigger deal if it was an app that let users stream live video, its merely a channel that revolves around the happenings at Facebook.

Facebook Live will enable users to watch celebrity guests who stop by at the Facebook offices, special events and new feature launches. All these are arranged as tabs on the page and like any other live streaming page, it allows users to chat amongst themselves, keep track of who else is watching, ask a question and even have a look at old episodes. 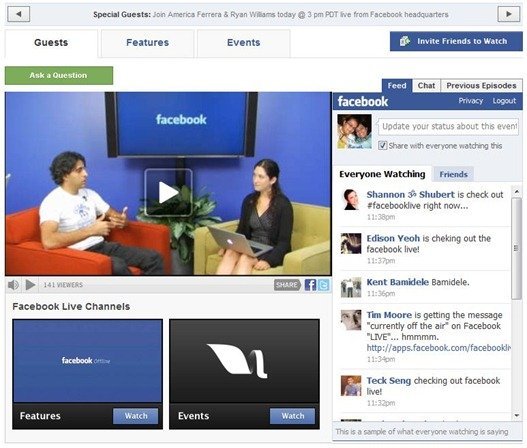 Facebook Live seems to be a step from Facebook towards better communication with their users so users are allowed to delve into what really goes on at the Facebook offices. They have actress America Ferrera lined up to inaugurate their guest section promoting her new movie at 3:00pm Pacific Time today. Check it out here.