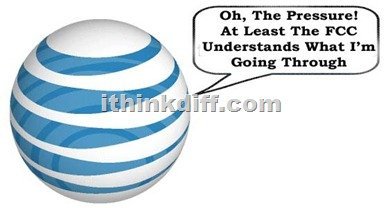 Can AT&T really handle the data demands of the iPad?

FCC folks are wondering the same thing aloud. A blog post by Phil Bellaria, director of the National Broadband Task Force at the U.S. Federal Communications Commission suggests that the governmental body may also doubt how much more the overextended AT&T network can handle.

This doesn’t mean that the iPhone is going to Verizon, the FCC just can’t expect AT&T to be able to handle the iPad.

Apple’s iPad announcement has set off a new round of reports of networks overburdened by a data flow they were not built to handle.

We are all expecting the iPad’s release by the end of next month, but let’s not forget it has to go through the FCC. If they are worried, the approval process may give a hard time for Apple, especially if the mobile networks are on their way to problems.

With the iPad pointing to even greater demand for mobile broadband on the horizon, we must ensure that network congestion doesn’t choke off a service that consumers clearly find so appealing or frustrate mobile broadband’s ability to keep us competitive in the global broadband economy.

This looks like the FCC is issuing a challenge, or even a warning, to both Apple and AT&T. The iPad will be a big thing, but the FCC won’t allow it just like that if AT&T doesn’t have something up their sleeves.