Developed by Halfbrick, Fruit Ninja was first released for iOS devices. Within days, the application became one of the most popular titles in the App Store. The developers then created a version for Android and Windows Phone smartphones. They later revealed plans of creating a version of the game that would support Kinect on the Xbox. 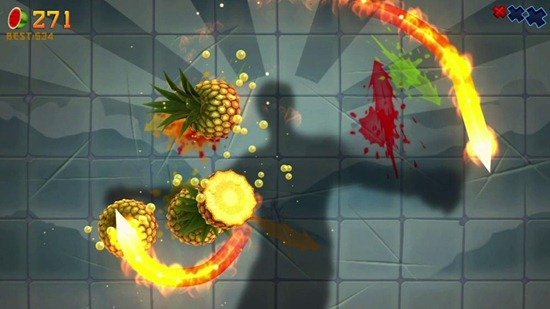 The game was released earlier today, and it has been getting very good reviews. The Metacritic score of this game is 72 out of 100.

The game will allow you to play with your friends and family (up to two different people at a time). Instead of just using your fingers on a smartphone display, this version will allow you to be “The Controller.” So jump in!

The game costs 800 Microsoft points, which is approximately $10.00. For a console game with a Metacritic score of 72, this price is quite reasonable. If you still question the purchase, watch the trailer below and we’re sure you’ll be convinced!