Fujitsu has announced that they are releasing a new smartphone that fully runs Windows 7.

The device is named “F-07C” and runs a full version of Windows 7. In addition to this, it also comes packed with a two year license of Microsoft Office ‘10. 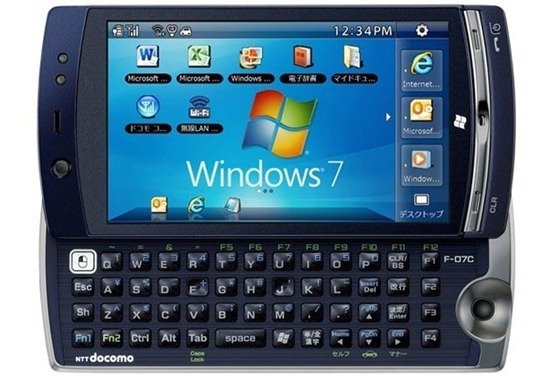 This phone will not only run Windows 7, it also runs a specific mobile OS too. Users can switch between the two operating systems with a touch of a button.

Manufactured by Fujitsu, the phone is powered by a 1.2 GHz Intel Atom processor, 1GB of RAM and 32GB of SSD storage.

Unfortunately, this is not the thinnest device you will ever see, the device is more than twice as thick as the iPhone 4, and weighs twice as much too! The worst thing about the phone is that it only has enough battery to run Windows 7 for approximately 2 hours. Now, we know that this is a desktop OS so we shouldn’t expect 10 hours of battery life. But two hours… rather short. If you are interested in the phone, you can see the phone in action below. (via WinRumors)