Although the animated science fiction sitcom “Futurama” came to a close in 2013, it was not the end of the eccentric cast of characters that fans have come to love since the show first started in 1999. The shows success over the years was not just going to come to a close with the final episode. Fans waited patiently for “Futurama: Worlds of Tomorrow” since it was announced in late February.  The game will include the original cast Fry, Leela, Bender, and all of the other unconventional characters that have become cultural icons through the show’s success over the years. 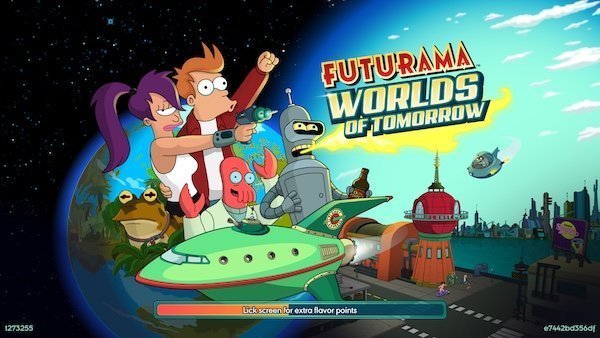 The game is being released by Jam City and 21st Century Fox’s FoxNext Games. Futurama: Worlds of Tomorrow will feature a brand new story created by Matt Groening, executive producer David X. Cohen and the writers of the Futurama show.

The game has tons of exciting features like customizing and leveling up characters, unlocking different outfits to modify your character, battling in epic 16-bit combat and embarking on crazy adventures to explore a galaxy of new worlds.

In the game, players set off on an immense journey to restore the structure of space-time after it is interrupted by one of the universe’s most distinguishable yet puzzling creatures: the Hypnotoad.

“Hypnotoad has always been one of Futurama’s most mysterious amphibians,” Groening said in a statement to Variety. “In this game we finally get to learn much more about his bizarre abilities and mating habits. Perhaps too much more.” David X. Cohen said “Bringing ‘Futurama’ back in such a new and ambitious form was extremely difficult. Especially for the people I was bossing around and yelling at.”

This is not Futurama’s first venture into handheld gaming. Last year, Futurama: Game of Drones was released for iOS and Android users. It was a puzzled based adventure game and was well received by the audience.

Futurama: Worlds of Tomorrow will be updated with new characters, quests, and stories weekly. It’s free to play, with optional in-app purchases to boost gameplay (including a Jar of Nixonbucks for $4.99 and a Personal Pizza for $1.99). The game is available now for iPhone, iPad and Android smartphones and tablets.