Apple has introduced a new feature for Siri in macOS High Sierra which lets users type to talk to it. Type to Siri lets you use natural language text, as if chatting to a bot, to communicate with Siri. The option to enable this feature is a bit hidden as it’s not available in the same Settings page from where you enable or modify Siri’s settings. Find out how you can enable it on your Mac.

Smart assistants like Google Assistant and Cortana have long offered an alternative typing option along with the usual voice communication. Apple has finally taken the queue and added this much wanted feature to Siri in macOS High Sierra and iOS 11. However, there is still a catch. If you enable this accessibility feature to type to Siri, you cannot use voice, as long as the feature is enabled. This is the opposite of what Google Assistant and Cortana do – you can use both typing as well as voice commands at the same time, without flipping any switch from settings. Apple considers this an accessibility feature which is why it is not implemented like other assistants.

Enable Type to Siri in macOS

Here is how you can enable Type to Siri:

You can now open Siri (either by holding Command + Space keys or clicking the orb in the menu bar) and will notice that it shows a field, instead of the glowing colorful circle. Type in your voice command and Siri will fetch you the response, without any voice output. Any command that Siri supports via voice, will work through typing too. 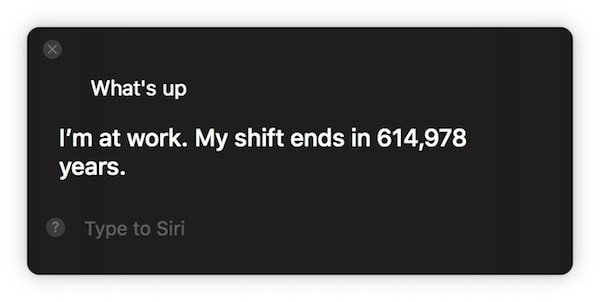 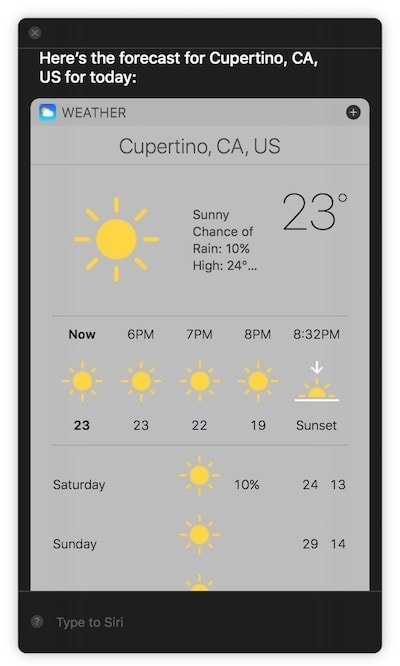 This feature is useful in situations where you want information from Siri but do not want to talk to it, such as in office environments or in noisy places.

If you have not yet installed macOS High Sierra on your Mac, there are multiple ways to do so: