Samsung Galaxy Note is the company’s biggest flagship phone series and it seems like it is getting bigger with the upcoming Galaxy Note 20 Plus.

Last week, Samsung Galaxy Note 20 was revealed in the CAD-based renders, and now the same source has shared details for Note 20 Plus as well. Pigtou_, in collaboration with OnLeaks, revealed these renders. The sources reveal that the phone’s size will be slightly bigger compared to the Note 20. The camera design will also be a bit different.

And here comes your first look at the massive 6.9-inch #Samsung #GalaxyNote20Plus! 360° video + gorgeous 4K renders + dimensions, on behalf of my Friends over @Pigtou_ -> https://t.co/TRlN710tsG pic.twitter.com/MnWwf6LLLY

The new Samsung Galaxy Note 20 Plus will be 165mm tall, 77.2mm wide, and 7.6mm thick at the base with almost 10.7mm at the camera, making it slightly thicker than Galaxy Note 10 Plus and Galaxy S20 Ultra. This means that the phone is slightly taller than its predecessor Note 10 Plus. All other details will remain the same in terms of display, with a flat body and curved edges on the front and back panel of the phone. 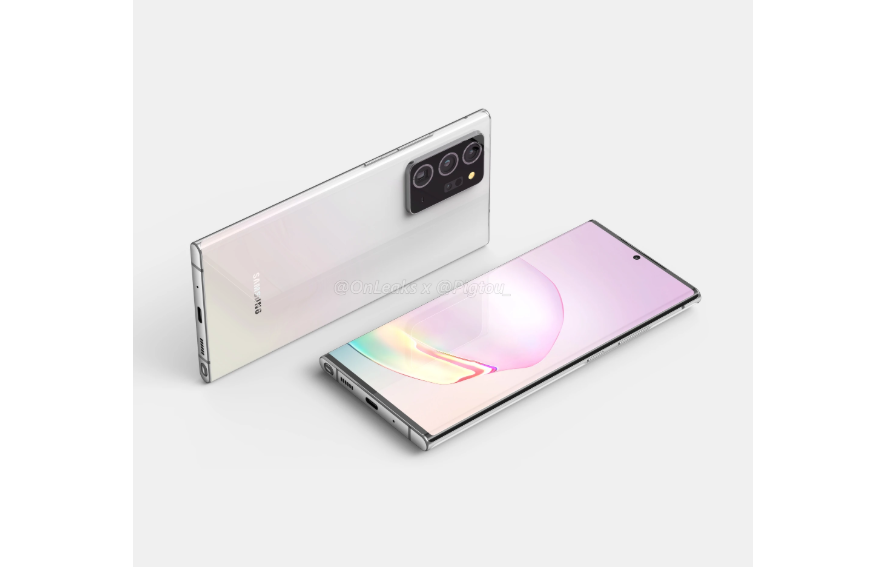 The front side will have a single camera in the center with power and volume keys on the right side. Also, the Bixby button seems to be gone. The battery is also rumored to be around 4,000 mAh.

As per the leaked renders, there are at least 4 cameras on the back. Three of these are aligned vertically with a depth camera under the flash. The phone will have a 108-megapixel camera with a brand new sensor for autofocusing. However, the company may drop the new sensor and stick to the 12MP sensor used in S20 and S20 Plus.

Other than that, there have been rumors that Note 20 Plus will have a better camera system than the other phone. The phones are expected to be launched in August. Samsung may also host a virtual event for the release.

Check out the video below to learn more: