Contrary to reports by VGHQ, Mr. George Hotz did not travel to Argentina to escape the Sony lawsuit. In fact, VGHQ is a fairly new site, and why it was quoted by reputable sites has yet to be answered(yes, we fell for it too). Hotz’s lawyer stepped forward and stated that Hotz is in Argentina, on a planned Spring Break. A Spring Break that had actually been paid in advance, before he opened his court fee donation. Hotz is not fleeing the case, but is taking a much needed opportunity to relax. He is even still in contact with his lawyer on a daily basis. 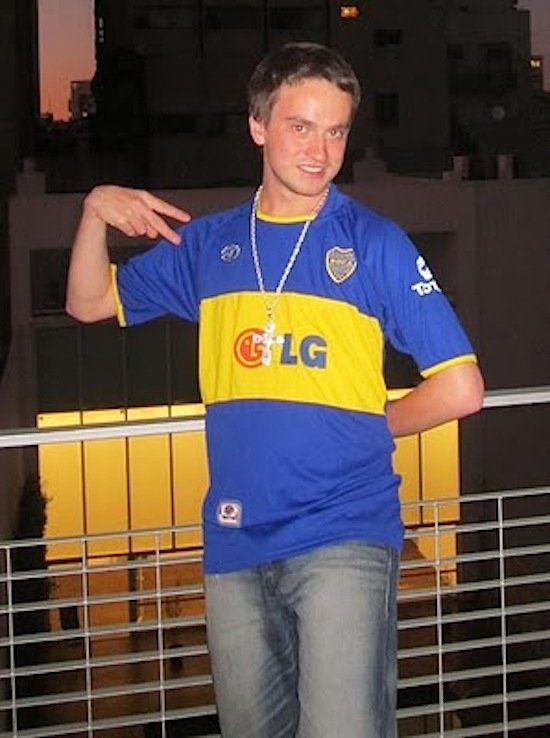 Above: Hotz on vacation in Argentina

Apparently, I have fled the country. ROFL

Factually, it’s true I’m in South America, on a vacation I’ve had planned and paid for since November. I mean, it is Spring break; hacking isn’t my life. Rest assured that not a dime of legal defense money would ever go toward something like this. And of course Townsend loves the idea of painting me as an international fugitive. I have been in contact with my lawyers almost every day; I would not let the case suffer. That said, I also won’t let this ridiculous lawsuit run my life either. Then the fearmongerers win.

I will be back, I hear it’s hard to come by the Xperia Play down here.

As for the PSN username of “Blickmaniac”? The forum post that Sony is citing as evidence isn’t going to hold up well. Why? The geotag in the picture actually points to Cambridge, MA. Looks like Sony will have to try much harder next time.