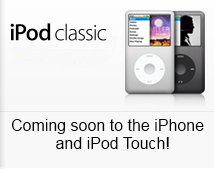 The highlights of the iPod Classic and Nano lineup are the innovative click wheel and UI that make navigating thousands of songs, pictures and videos a piece of cake. This click wheel plus UI combo had become the trademark feature of the iPod lineup until the iPhone and iPod Touch came in with their new Music app which has a touch friendly UI with sliding menus but not the click wheel navigation.

Enters iClassic. Resembling the iPod Classic, this app brings the complete functionality of that device to the touch interface of iPhone. iClassic actually emulates the functionality of the iPod Classic so games are also in the pipeline for future updates, although I doubt anyone would want to play games on a small area of the screen when there are thousands of games already available in the App Store. 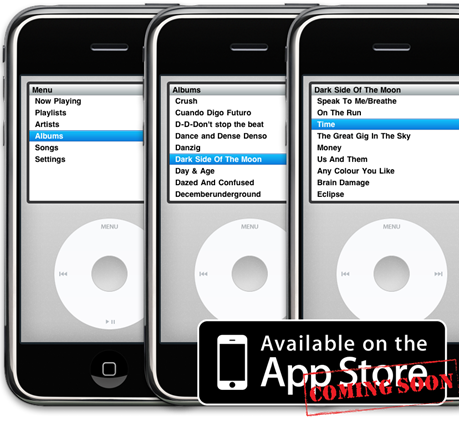 Unlike the iPod Classic, video playback functionality is missing in this release. The developers might add video playback if they find a way to play videos in a small area of the screen ( which would be the emulated screen in the app ).

Features
* Beautiful iPod-like interface.
* Fully functional, math-based Click Wheel (touch detection is based on math so it acts JUST like you’d expect it to).
* Control your music completely with the Click Wheel.
* Browse your music library with the Click Wheel.
* All buttons are completely functional.
* Hold next and previous to seek forward/backward.
* Shake to shuffle your current playing list.
* Choose if you want the app to vibrate when you press a button (iPhone only).
* Choose between two colors, black and white.
* Choose if you want the statusbar to be shiny or to be “matte”.

Personally, I’m not sure if I would want to buy this app as the functionality isn’t anything that I desire to have on my iPod Touch. There might be some potential ex-iPod Classic users who would go for it though. 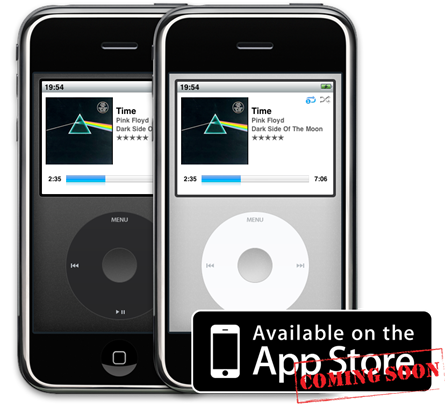 The app has been submitted to the Cydia Store and is awaiting approval of Saurik. The developers also plan to submit it to the App Store, but I doubt Apple would publish this app since it copies one of their products, and as we all know, Apple gets very touchy about its patented products.

iClassic will be available in Cydia soon for $2.00, so stay tuned! You can also join iClassic’s fanpage for more updates.