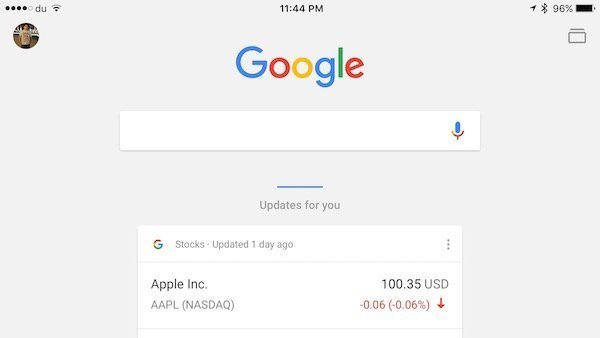 The new update, version 15.1, contains some under-the-hood performance improvements which, as per Google, will save users a combined 6.5 million hours. Although it is not clear as to how they came up with this number, it is good to know that they are working to speed up the app.

Accelerated Mobile Pages or AMP in short, allow publishers to follow Google’s specifications and contain mobile friendly versions of their websites. These are very light weight and Google highlights them with a lightning bolt and marks them as AMP in the mobile app. As a publisher, if you have not gotten on board the AMP bandwagon yet, now is a good time.

Sports lovers can also watch quick video highlights from Google Now cards though this depends on the sports you follow and whether they have highlights available with Google.

While the updates are very good, here’s hoping that the next update will bring Google Now to Apple Watch and iOS notification center.