Google has launched a new feature called Google Cloud Print for mobile documents and Gmail for mobile for both Android and iOS users. This will let you print docs on the go from your device although you will need a PC, turned on and connected to a printer. You will also need to have it registered on Google Cloud Print through Google Chrome to get it working.

Google had unveiled Cloud Print originally for Chrome OS users but has now expanded it to mobile users in the US. The roll out has started for users in the US. If you’re interested in getting this working, head over to Google Cloud Print and check out the instructions. It’s currently available for Windows PC users only with Linux and Mac support coming soon. 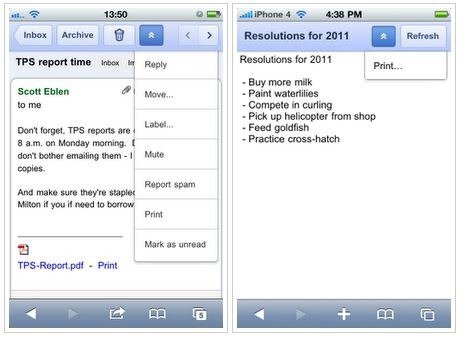 Not many users have their PCs turned on all the time when they’re not home. To keep it on just so you can print something when you’re away sounds like an annoyance doesn’t it?