Google has launched its Duo video calling app for iPhone and Android smartphones. The app lets users place one-to-one video calls, similar to Facetime, but with cross-platform support and a unique Knock Knock feature, which lets users see a live preview of who’s calling before answering the call. 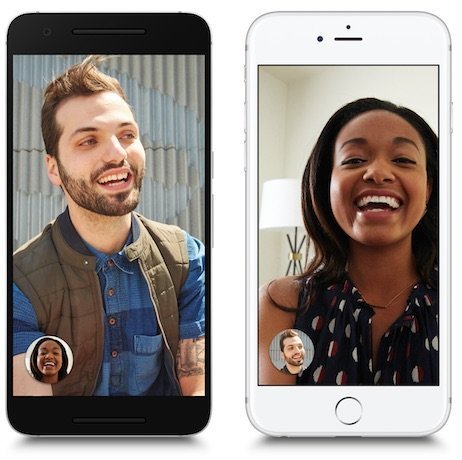 Duo was announced at Google I/O 2016 earlier this summer, along with the messaging app Allo, which is yet to be released. The app was announced as a simple to use video calling app with a focus on high quality video, even on slow Internet connections, end-to-end encryption for complete privacy and an intresting feature Knock Knock.

Knock Knock lets users see a live preview who’s calling before attending a call. After accepting the call, two way communication immediately begins. It is an interesting take on video calling and makes it more spontaneous and intimate. Knock Knock works well on Android phones since apps can take control of lock screens. On iOS, it will only work if the recipient already has Duo open.

Google has focused on privacy by making sure that all video calls are encrypted end-to-end. Also, Knock Knock can only be used by people who are your contacts.

This is not Google’s first foray into communication apps. Google has released similar products in the past for communication and messaging which include Google Talk which was replaced by Hangouts. There is also a Google Voice product available only to U.S. customers. Allo and Duo are the latest products by Google in the communication category but they will be replacing Hangouts yet. Whether the new apps pose any challenge to popular apps like iMessage, FaceTime, WhatsApp, Messenger, Skype and the likes is yet to be seen. Going by their past record in this product category, I would not place any bet on Google.