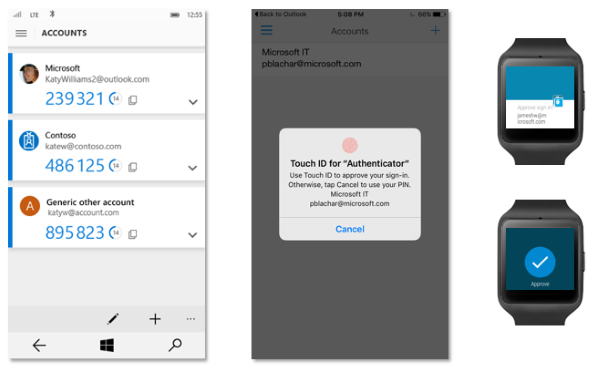 Back in July, Microsoft had announced its plans to replace its existing authentication apps with a single app in the form of Authenticator. The previous apps were Azure Authenticator and Multi-Factor Authentication, targeted towards enterprise customers and consumers respectively. The app supports TouchID for verification which removes the need to use PINs when using multifactor authentication. Enterprise users can use certificates to sign in too.

Microsoft had also announced Apple Watch support to let users authenticate with one tap but it does not seem to be a part of this release.

Multifactor authentication is now used by almost all popular companies like  Google, Apple, Facebook, Twitter and Microsoft. It adds a much-needed layer of security on top of passwords.

Microsoft Authenticator is a simple but useful app and a must have if you have are registered with a number of websites that use multifactor or two-factor authentication. Other alternatives include Google Authenticator, LastPass Authenticator, and Authy (my personal favorite).