After over an year of rejections(by Apple), anger(from the users) and betrayal(by Sean Kovacz), Apple has approved a Google Voice app for the App Store. Sean Kovacz was the pioneer of Google Voice apps, after it was taken away from the App store, Kovacz submitted his app to Cydia instead. Apple’s reason for rejection was that such an app duplicated the features of an iPhone and people suspected an Apple/Google war brewing. Google didn’t let Apple stop them and created an HTML5 web app. 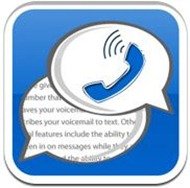 Apple has recently revised their developers policies and developers have resubmitted their Google Voice apps in hopes of approval. Yesterday, Apple approved the first Google Voice app, after the change in their policies, called GV connect. Available for $2.99, the app lets you make calls, send SMS, access voicemail, etc.

With the approval of GV connect, it is expected that other Google Voice powered apps will also show up in the App Store. Sigh of relief for many. No signs of Kovacz’s original GV Mobile yet, but that won’t be for long it seems. Approving apps like these is a big step towards Apple’s policies becoming friendly.