Google has tried several times to get into this market, starting with Orkut, then followed by Buzz, which both failed miserable due to major privacy concerns. Now Google has unveiled Google+, their Facebook killer. 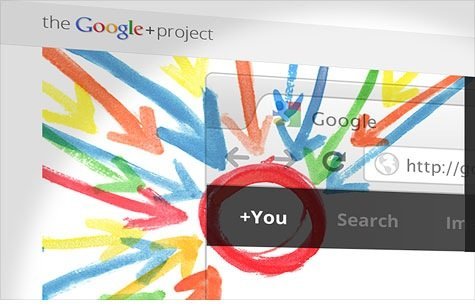 Here is a fact for you to chew on, more people visit Googles suite of apps and sites than they do Facebook. However, people spend over 60% more time on Facebook than on Google and viewed more than twice as many pages on Facebook. Google is going after the time spent and pages viewed market. Facebook Ads are worth more than on Google.

Several sources are also saying that Google code names Google+, Googbook, internally. Unlike it’s previous attempts to come into this market, with a huge launch, Google is rolling this new feature out very slowly and cautiously. It has currently been launched for a very small group of users and you need to be invited to the service in order to use it.

Google wants you to use Google+ as a part of your Google experience. You can setup groups, then share documents, search results and even advertisements with these people. Google is also being very cautious about privacy and they have learned the hard way with Buzz. Google’s first try, Orkut, was hit with a nasty virus in 2010 which collected users personal information. Now, they are taking a step back, being cautious, and moving very slowly to roll this out and ensure security behind it.

We’ll have to wait a couple months to see how they start to roll it out, and if this really could be something big.