GoPro has launched a new entry-level Hero camera priced at just $199. Despite its cheap price, the new camera is packed with features ranging from 60fps video recording at 1440p resolution to voice controls and touch screen. Just like the Hero 5 and Hero 6, this new camera is also water proof so it can be used underwater up to a depth of 10m. 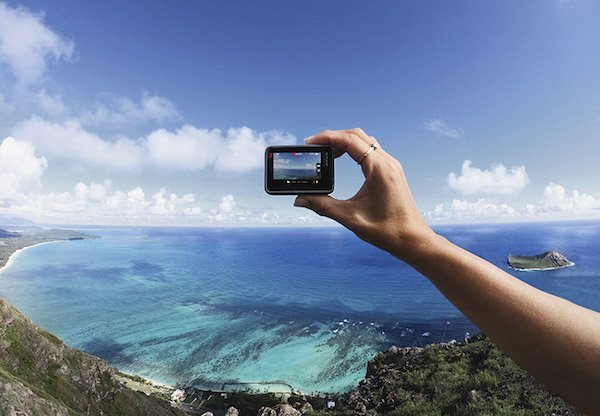 GoPro has been facing tough competition lately, not just from smartphones but cheaper Chinese competitors like Yi. Smartphones have improved a lot at photo and video capture lately and are able to capture content as well as a GoPro. While competitors have been putting out cheaper products in the market with more features. These alternatives might not have the same results as GoPro’s offerings but at the entry-level price, that does not really matter much.

Here is the complete feature list for the new GoPro Hero:

One benefit of the Hero is that it supports Quick Stories which makes it easy to connect your GoPro to your smartphone, transfer content and create good looking videos instantly. A highly underrated feature

Compared to the higher-end and more expensive Hero 5 and Hero 6, the entry-level hero lacks some features like advanced stabilization, doesn’t work with the Karma drone (did anybody even buy one?), doesn’t support wake on voice as well as lacks HDR Photo capture, Touch Zoom, Exposure Control, Protune and 3.5mm audio input. It also does not have GPS or support for 5GHz WiFi for offloading content to phones. If these features, multiple burst rate modes and time lapse intervals tickle your fancy, you might need to invest in the higher-end GoPro offerings.

Even though this new hero camera is cheaper than other cameras in GoPro’s line-up, it is still more expensive than alternatives like Yi 4K camera, which has more features at an even cheaper price. GoPro would need to work on their price to stay competitive in the market but at the same time, they cannot be involved in a race to the bottom which would end up hurting their profit margins.

The new hero is available now to purchase on GoPro’s website.