If you are a big fan of HBO shows than you would definitely know about the HBO Go service which allows its users to watch original HBO TV shows, movies and sports on their computer. The service is paid but is great for those who want to enjoy HBO shows and movies and cannot follow their TV timings. According to Bloomberg, HBO has no plans to license their shows to Netflix for online streaming, but they have plans to give HBO to the iPad owners in the near future. 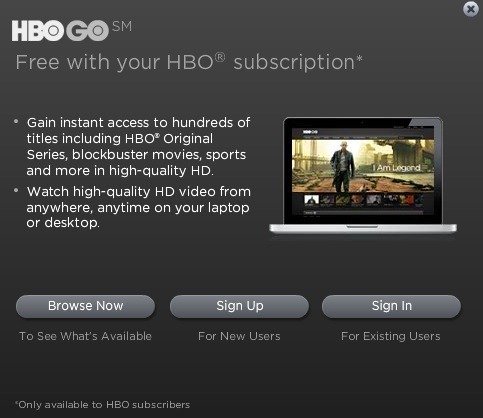 Time Warner Inc.’s pay-television channel, home to shows including the “The Sopranos” and “True Blood,” holds cable and Internet rights to films from Warner Bros., Twentieth Century Fox and Universal Pictures and is unlikely to make a deal with Netflix, HBO Co-President Eric Kessler said.

HBO CEO Reed Hastings told Bloomberg that they will start a service for the iPad and other mobile devices within six months. Currently, HBO is providing their streaming web service in which they are offering 800 hours of HBO TV and movie content to current subscribers at no additional cost.

If HBO Go comes to the iPad, it would definitely be competition for Netflix. The exclusive paid HBO Go service for the iPad owners would be cool and hopefully it will launch soon with the support of HD videos.