Text related to Apple’s rumored CarKey feature’s privacy policy has been discovered in iOS 13.5.1 and iOS 13.6 beta which suggests that it may launch sooner than expected.

The CarKey feature was first hinted in the code for iOS 13.4. The new feature would allow Apple users to turn their iPhones or Apple Watches into Near Field Communication’s digital keys for their vehicles. These keys can then be used for locking, unlocking, or starting a vehicle.

Not many details are known at the moment but iPhone-ticker.de spotted a privacy policy in various versions of Apple’s updates for iOS 13. The information does not reveal new details about the feature. However, it does summarize how the feature will work upon its release.

According to leaks, users will be able to add their keys to the Wallet app by entering a pairing code or by signing in. Keys will be stored alongside passes, credit cards, and more items in Wallet. Users will also be able to share their CarKeys by tapping on the ‘Invite’ button. The level of access they want to grant to other users can be adjusted as well.

Earlier in 2020, DongleBook Pro leaked screenshots of the CarKey feature in an unknown version of iOS. The process demonstrated a key tied to a BMW i8. 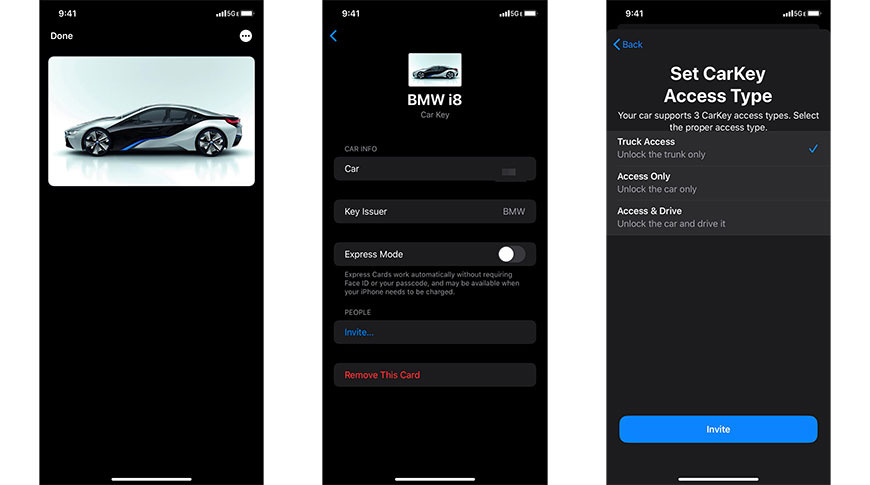 Apple claims that vehicle manufacturers may connect an identifier with the user’s device but Apple itself does not store any information.

The company is said to be partnering up with automakers for the feature. Leaks from iOS 14 suggest that BMW may be one of the first automakers to support Apple’s CarKey feature. As the code relating to the CarKey feature was mostly found in iOS 14, the feature may be unveiled at the WWDC 2020 on June 22.