A new patent published by the United States Patent and Trade office reveals that future HomePods might be able to detect users’ speed, position, or vital signs by using radar sensors. Titled ‘Electronic device with circular radar-antenna array’ the filing details that “generally, to radar measurements by an electronic device, and techniques for performing radar measurements using an electronic device having an array of radar transmit antennas and receive antennas with a 360.degree. field of view.”

The drawing of the future device is similar to Apple’s smart speaker, HomePod. Retailing for $299, the speaker is equipped with a high-excursion woofer with a custom amplifier, six-microphone array for far‑field Siri, direct and ambient audio beamforming, transparent studio-level dynamic processing, and more. HomePods’ size and technology make it a good device to introduce health-related features in.

Apple might equip future HomePods with radar sensor with 360° coverage

As per the filed document, a circular device will be equipped with transmitters and receivers radars, in a horizontal panel like the HomePod,  to provide a complete coverage range. 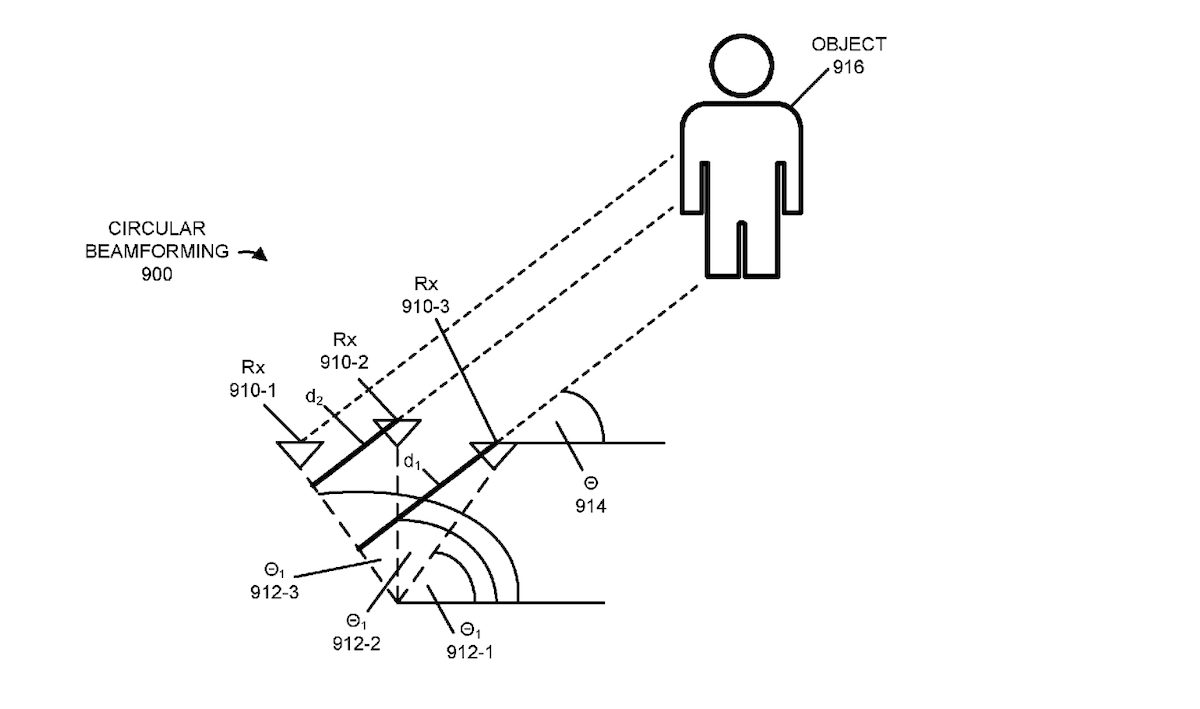 The patent details the operation of the radar system but not specify its purpose or functionality. Radar sensors use high frequency to detect small objects over large distances. Therefore, they are used to measure the distance of objects and the speed of detected objects. Having said that, AppleInsider believes that the radar might be able to detect users’ vital signs.