The music app apk from Honeycomb was installed over a CM7 ROM and the Sync Music option started showing up in Settings. WhiteWindows from XDA Developers enabled the option and left it to sync overnight. Then he put in an empty SD card the next day and his music still worked through streaming without a hiccup! 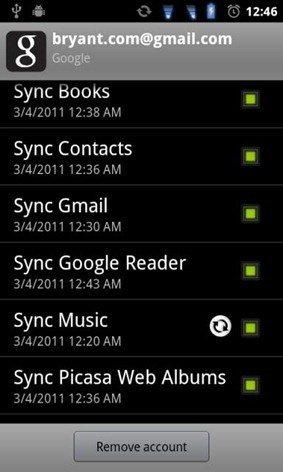 We have no idea when Google will officially announce music sync but if it works as described above by WhiteWindows, this seems like a killer feature. Google just needs to roll it out quickly.

If you’re interested in getting this to work on your Android phone, head over to the thread at XDA. Be ready to spend some time though, it’s already 19 pages long.