After announcing Security Keys for Apple ID in December 2022, Apple released the optional feature on iOS 16.3. The advanced security feature is an expansion of two-factor authentication that adds support for third-party physical security keys on iOS so users can safeguard their Apple accounts with an additional layer of protection against phishing attacks or scams.

Here is everything you need to know about requirements for Security Keys for Apple ID and how to add physical security on iOS 16.3.

Here are the requirements for Security Keys for Apple ID

The two-factor authentication process requires two pieces of information; an Apple ID password and a verification code sent on a trusted device.

Available on iOS, iPadOS, and macOS, the new Security keys for Apple ID feature allow users to replace the six-digit verification code with a compatible physical security key as a stronger authentication factor that can not be harvested by attackers or intercepted.

To add a physical security key to your account, you must meet the following requirements: 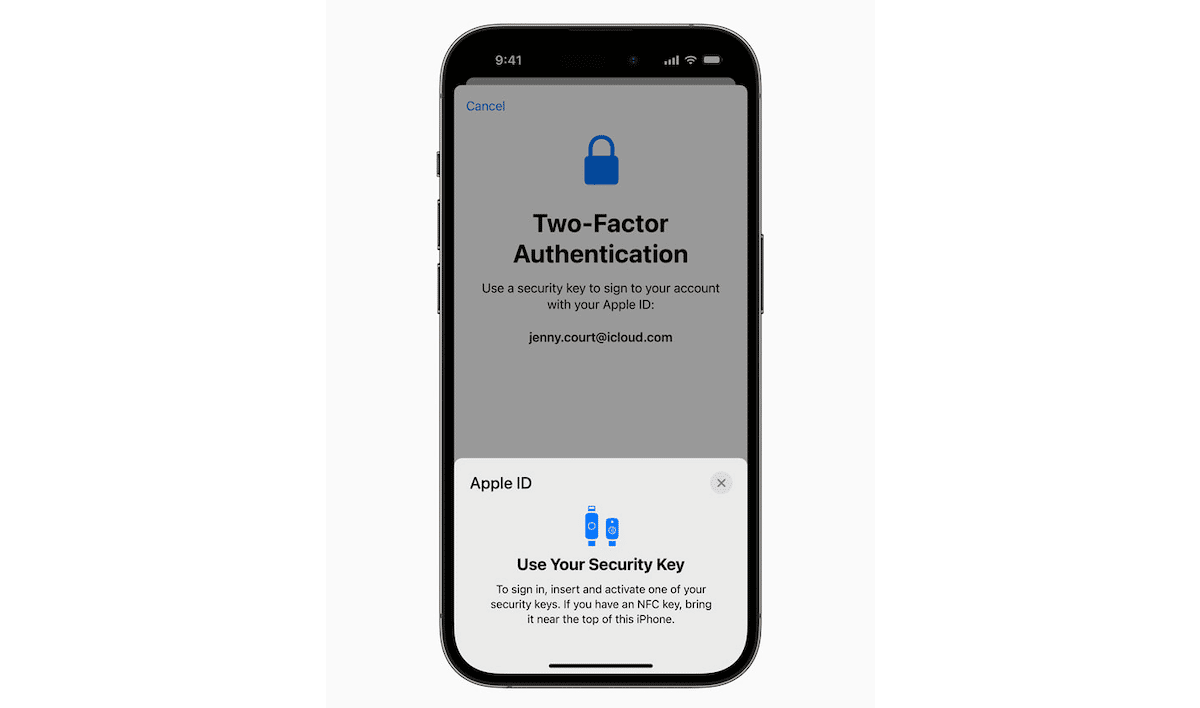 During the setting up process, you can choose to stay signed in to all your active devices or select the preferred ones. You can easily stop using physical security keys via System Settings > name > Password & Security > Remove All Security Keys. Upon removing the keys, Apple ID will automatically start using the six-digit verification code for two-factor authentication.

You must also keep in mind that when the Security keys for Apple ID are enabled, you will not be able to sign in to iCloud for Windows, devices on unsupported operating systems, child accounts, and managed Apple IDs.