I remember when HP announced the TouchPad. My first thought was “What a joke. There is no way they can compete with the iPad.” Not only that, but WebOS does not have the market penetration compared to Android and iOS. HP today said that it was going to discontinue it’s WebOS devices and look to spin off its personal computer division into a separate entity, while big brother HP will focus more on enterprise sales and development. 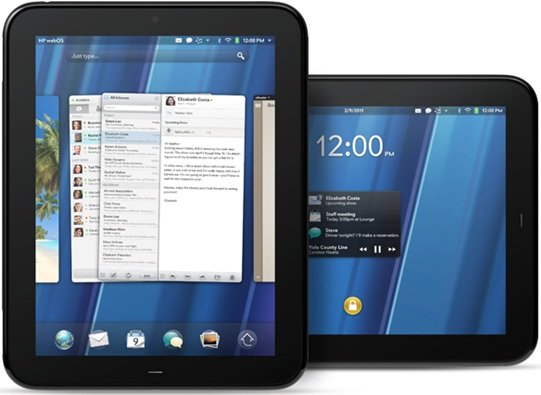 This is actually what IBM did back in 2005 with its consumer PC business when it sold the division to Lenovo. HP is wanting to follow in those footsteps as well, meaning that HP’s newest competitor will be IBM in the enterprise market.

HP’s TouchPad sales had always been far behind the iPad and all the other Android tablets. HP noted the terrible sales by knocking off $100 from the retail price for a couple days. There was a bit of uptake in sales, so HP decided to keep the price at $399. Not only did the TouchPad still not sell, but Apple took over HP’s spot as the number 1 Mobile PC maker, including the iPad.

If I may vent for a moment, I think I may have a thought as to why HP failed with this tablet. First of all, market penetration, HP is not even close to Android or Apple. Apple has the apps, for all of its iDevices. Also, Apple and Google have penetrated not only the tablet market but the mobile market. Not only did the Touchpad fail, but also the Pre.

So we at iThinkDifferent bid farewell to WebOS and the TouchPad. It was a good try HP, but we’re glad they knew when to throw in the towel and call it quits.