Several months ago, we were hoping that HP will release their tablet HP Slate in competition against the Apple iPad but for some reason they decided to kill the HP Slate project in April and then not too much was heard about this device. But now, out of nowhere, HP has finally launched their Windows based tablet, HP slate 500. Physically, this slate is like the one shown in the videos before by HP but its software has nothing special like in those videos and it just runs vanilla Windows 7. HP is looking to target enterprise and business market with this tablet. 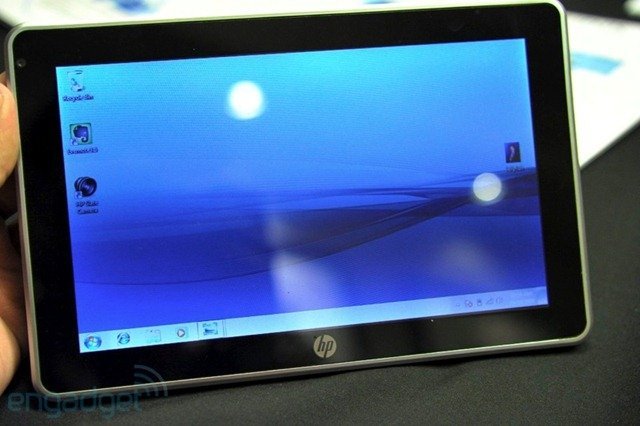 This Slate has a 8.9-inch capacitive multi-touch display and it weighs about 1.5 pounds. It’s powered by a 1.86GHz Intel Atom Z540 processor and has 2GB RAM with 64GB SSD storage. It also has a 3-megapixel rear camera and a VGA front camera for video calling. Apart from this, the tablet comes with a digital stylus and a dock and case are also included in the box. Its battery will last for about four hours which is quit less compared to iPad and Galaxy Tab. The only connectivity options HP Slate 500 has are through WiFi – it has no option of 3G connectivity or cellular data connectivity like iPad and Galaxy S.

Obviously, not many people are excited about the launch of HP Slate 500 as the device does not offer any special features except that it has Windows 7 Professional installed. Even those who were shouting that they want an HP Slate over an iPad are not quiet content with their iOS device. We think HP Slate 500 can not be compared to the iPad or Galaxy S Tab as it is more like a netbook without a keyboard with multi-touch features in it. HP is expected to launch their webOS tablet next year which will definitely be a more interesting device because of its better OS.