After confirmation that Microsoft has cancelled their Courier Tablet Project, we have big news that HP has cancelled the idea for Windows 7 and Intel based hardware for HP slate as reported by Techcrunch. So, it means we will not see HP slate which was expected to be launched this summer. 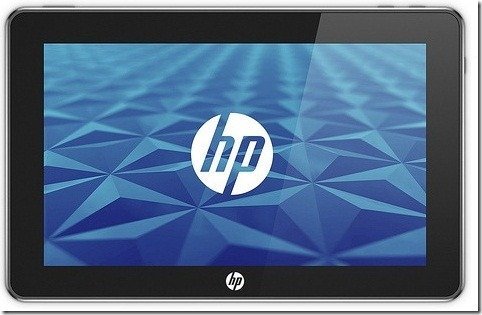 The reasons for cancelling the project is that HP is not satisfied with Windows 7 as a tablet operating system. Intel based hardware is too power hungry which may cause battery life problems for HP slate.

So, with this news we can safely assume that Apple would dominate the Tablet device market as both Microsoft Courier and HP slate are cancelled. Android based Tablets are also in the market but they haven’t been able to provide any sort of competition to the iPad. HP slate may come back later this year or next year but it will not have Windows 7 in it. So, the question arises that what would be the OS for HP slate? They have an option of Android or Chrome OS or they can also bring Web OS to the Slate as they have just bought Palm.

Another reason that could have caused doubts for HP slate is that iPad launched with great success. One of the best things about the iPad is its OS and maybe that’s why HP changed their mind and is planning to use some other OS in their Tablet. Well this may work in their favor as some leaked screenshots, videos and reviews of the HP slate were not looking that much impressive with Windows 7.