Apple is working on adding iCloud Keychain passwords support to Google Chrome via an extension installed through the iCloud app for Windows. This will allow users to fill website passwords using the password information that is stored in the iCloud keychain when using Safari on Mac, iPhone or iPad.

Although Apple has already mentioned in its release notes that its latest iCloud 12.0 app in the Microsoft Store supports the iCloud Passwords extension, the feature is not functional for all users yet. 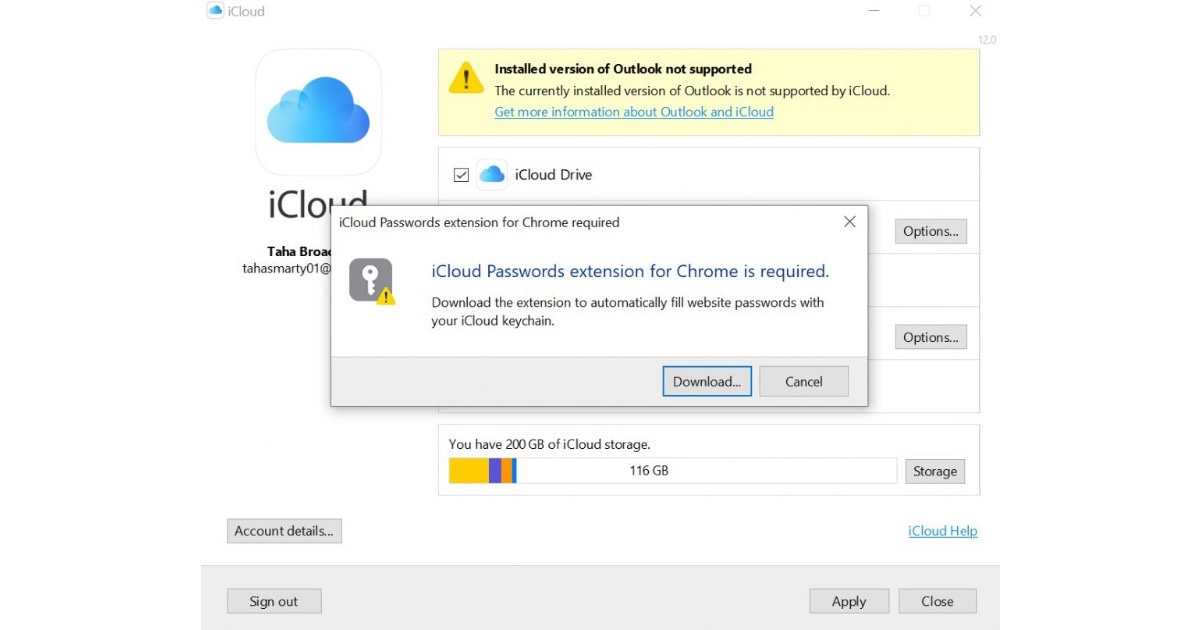 The feature was first spotted by the The 8-bit. When users update the iCloud app via Microsoft Store to version 12.0, as new passwords option appears in the app. Clicking it shows a pop-up which features a download button to iCloud Passwords extension for Chrome, which should allow iCloud Passwords to sync to the browser. However, at the time of writing, the download button leads to nowhere as the extension link is broken.

iCloud Keychain has been Apple’s storage for passwords on Mac for a long time and works with Safari on iOS too. In recent iOS software updates, Apple has made it a more prominent feature in Settings app, and allows passwords from websites and apps to be saved to it and synced to iCloud across Apple devices. Currently, no other browser syncs passwords with it, even though there is an API that allows third-party apps to access and save passwords to iCloud Keychain, specially on the Mac.

This would be a good change as Windows users with iOS devices will finally be able to sync their device passwords to Chrome browser, as Safari for Windows was cancelled a long-time ago. iCloud users can already sync bookmarks with Chrome on Windows, hopefully history and tab sync will be next on Apple’s list of additions.