One of the Microsoft Kin advertisements were highly criticized because of its one scene in which a guy takes a snap of his upper part of the body by his Kin mobile and sends it to a girl.

This advertisement which is not really bad is highly criticized because of this scene. People believe that this video is promoting sexting between the opposite sexes rather than promoting Kin mobile and really, the most noticeable point of the video was that upshirt scene. 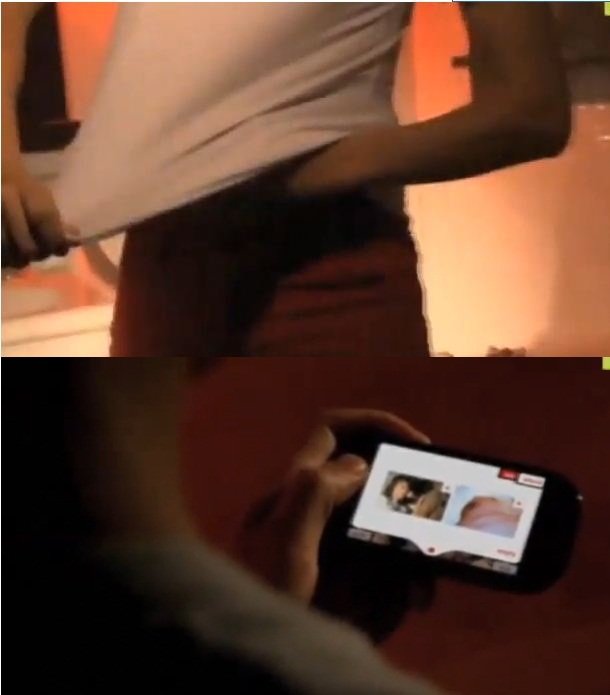 This video also did not receive good comments on YouTube as people were upset because of this scene. Here is a comment from one user on YouTube.

Parents, lock up your kids, its reefer madness! I can see a consumer report that calls out a product on its functionality or malfunction, shortcomings but this is nothing more than fear mongering opinionated propaganda and has nothing to do with Microsoft. People use cell phones AND cameras to do the same thing all the time, and this commercial in no way shape or form makes me want to go out and take naked pics of myself to send to someone nor think Microsoft is responsible for juvenile behavior.

And now, thanks to such reaction, Microsoft has removed this part from the video. And also Microsoft’s Safer Online Team tweeted to Common Sense Media the following: 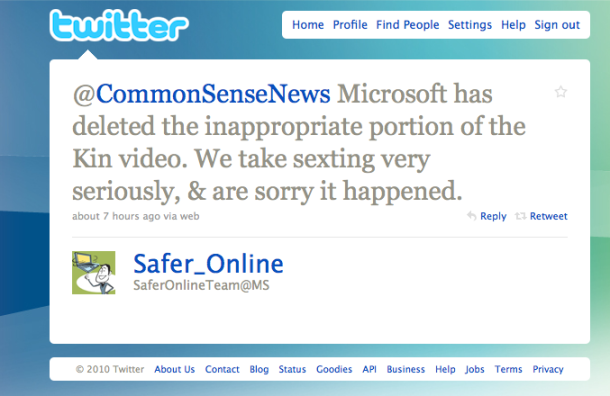 Microsoft has deleted the inappropriate portion of the Kin video. We take sexting very seriously and sorry it happened.

This tweet shows Microsoft really didn’t want to promote their product by showing sexting in their ad but still the question arises that how the authorities had approved this video if they didn’t want to promote this? But still one thing is for sure that somehow Kin got a lot of publicity because of this contentious scene and those who didn’t know about KIN before, so they know about it now.