Apple TV+ today released a trailer for its upcoming animated series “Interrupting Chicken,” which is set to debut on November 18, 2022. The series follows a bunch of preschoolers who discover the joy of creative writing. 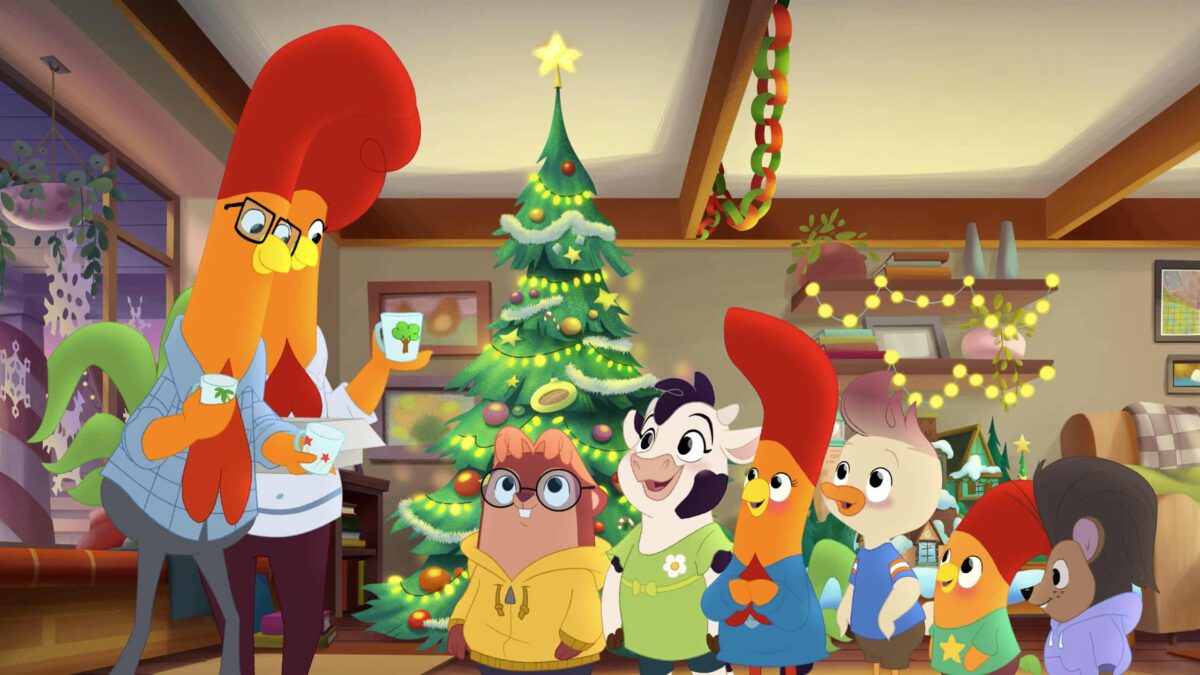 “Interrupting Chicken,” is based on the 2011 Caldecott Honor-winning book series written and illustrated by David Ezra Stein. The series starts with an inquisitive little chicken named Piper who always interrupts storytime to ask her burning questions, which, allow her “imagination run wild,” says Apple.

The trailer starts Piper listening to “The Little Red Riding Hood,” but with a twist as the character imagines her own version of the story. It then shows different clips of classic stories that have been reimagined by Piper.

Apple TV+ is also going to drop a holiday special, “A Chicken Carol,” on December 2 as part of its family-friendly holiday lineup.

When Ebenezer Wolf decides to cancel the holidays, Piper teams up with the Three Little Pigs and some ghostly friends to change his mind.

It is exciting to see how Apple TV+ is expanding its already vast library of content to include family-friendly series and movies that are not only enjoyable but also educational. For $6.99 per month with a seven-day free trial, Apple’s streaming service is available on iPhone, iPad, iPod touch, Mac, and Apple TV via the Apple TV app.