With iOS 11, Apple has introduced a handy new feature called Offload Unused Apps which helps save storage space by automatically removing unused apps. It backups the app’s documents and data to iCloud so that when you reinstall the app, it goes back to the same state where you had last used it.

Apple has introduced a number of storage saving features in iOS 11 which include new HEVC (High Efficiency Video Coding) and HEIF (High Efficiency Image Format) codecs for video and photos respectively, Messages in iCloud and large attachments review. Offload Unused Apps is one of these storage saving features which intelligently recognizes which apps you do not use often and deletes them from your iOS device. For users with older iOS devices with 16 GB of storage, this feature is a blessing in disguise along with other improvements in iOS 11.

This new feature is available in General > iPhone Storage. It is also available for iPad users. To use the feature, simply turn tap on Enable and you will see the free storage space grow right away. 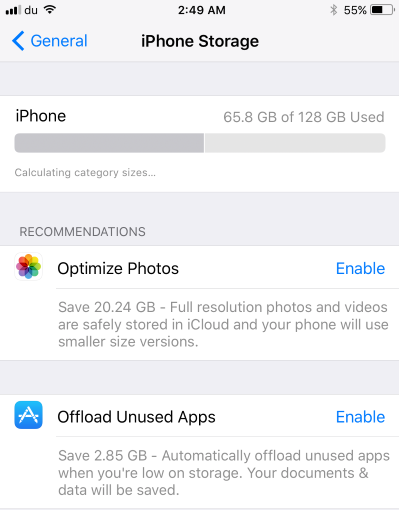 While it is helpful for this option to automatically work in the background, you might run into a situation where you do not have it enabled but need to offload any particular app to save space. I have download a lot of content in my Netflix app and its Documents & Data is above 6.63 GB. To regain that 6.63 GB of storage instantly, all I have to do is go to General > iPhone Storage, scroll down and find it in the list of apps. Tap it and there is an option called Offload App. 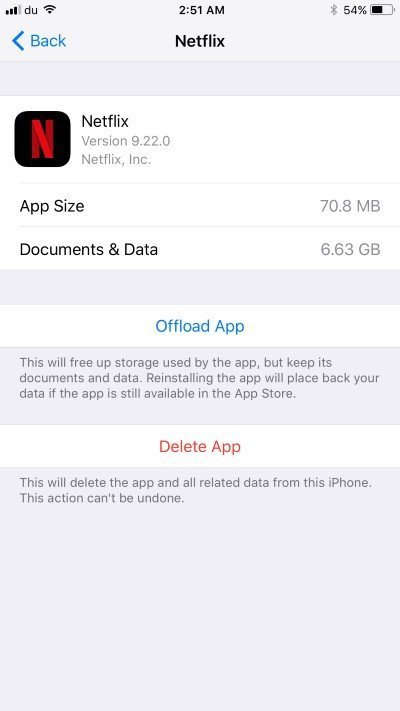 Offloading happens instantly and the app’s icon becomes dark but does not go away from your home screen. This is so that you always know which apps are offloaded and would need to be re-downloaded. Here, I have offloaded Netflix app and the app name has an icon next to it, indication that it will need to be re-downloaded if I want to use it again. The app can also be reinstalled from the same apps list in iPhone storage from where I offloaded it. Reinstalling will take time and data so it is best to do it when there is a WiFi connection.

If you want to disable the Offload Unused Apps feature altogether, go to Settings > iTunes & App Store to turn it off.