Spellbind studios has released Rogue Wizards, a free-to-play dungeon crawling role-play game for iOS. Designed by Colin Day, the game gives you the freedom to build your own customized Wizard Tower sanctuary, brew potions, recruit help and purchase or craft your own gear. In addition, you can go on exciting adventures to search for new dungeons, cleanse them of evil minions, solve puzzles, master your magic, collect treasures and more. 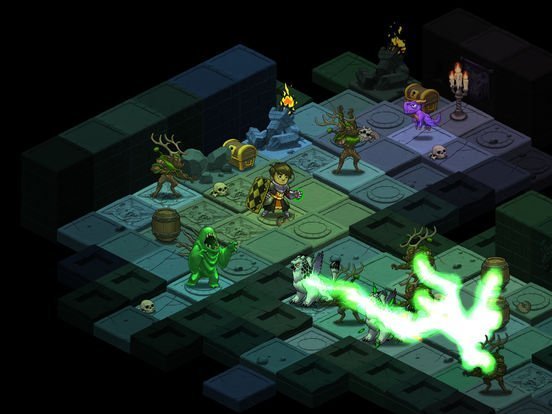 The game offers two types of play modes; an easy training story mode and a gauntlet mode. The adventures of story mode are related to the Rouge Wizards’ compelling story line: emancipation of banlits and women from the reign of elam families who prohibited them from admission into the Guild. However, as time has passed and weakened the elam magic, and restored banlit’s magic capabilities, the elam now want to allow banlits and women into the Guild.

Therefore, in the story mode you can embark on story related quests, and also indulge in building towns. In the gauntlet mode, you have to win difficult challenges in a dungeon full of permadeath, to claim a place in the hall of fame. Gauntlet mode is definitely the more difficult out of the two modes. To collect gems, you can make in-app purchases or watch in-app ads. 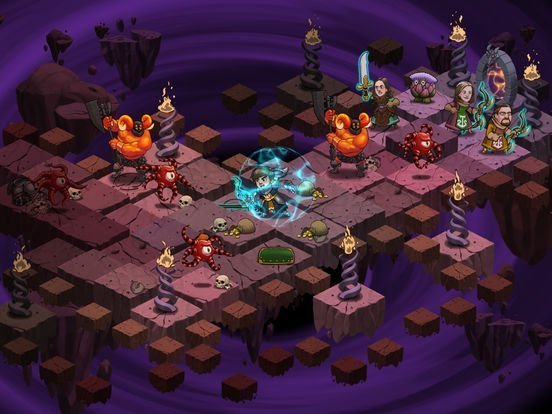 The impressive complex design of Rouge Wizards is commendable and has received promising reviews. Initially released as a desktop game in 2014, Rouge Wizards was available for $14.99 but now you can play it for free on your iOS device. The game is said to be ‘one of the most promising RPGs in years’.

Rouge Wizards is available in the App Store for free. It requires iOS 7.0 or later, and it is compatible with iPhone, iPad and iPod touch. It is an exciting and addictive game with a unique touch to it. So if you enjoy town-building, exciting storylines and Boss battles, download Rouge Wizards to begin your dungeon crawling quests.