According to MacStories, iOS 4.2 may be released this Friday. This latest version of iOS will be compatible with the iPad which will bring many new features to the tablet including folders and multitasking.The GM version was released last week to developers which usually suggests that it will be released to the public soon. 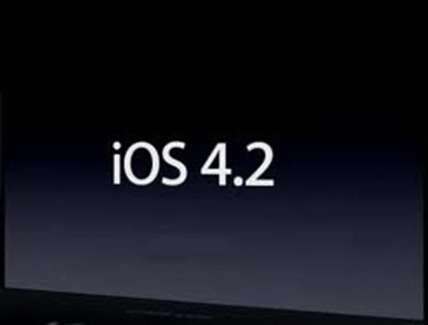 iOS 4.2 requires iTunes 10.1 and Mac OS 10.6.5 which are both expected to be released just prior to iOS 4.2, however one previous announcement about AirPrint which would allow iPads, iPhones and iPod Touches running iOS 4.2 to print wirelessly has apparently been removed because its unstable. This removal of AirPrint may effect the iPad in corporate environments because features like these are vital but there are other third party apps which do the same thing. But the idea that it is a native feature sounds a lot better and provides an opportunity to other apps to integrated it so lets hope this set back doesn’t last long. On the other hand, the feature is still listed on the Apple website under iOS 4.2 so we can still hope.

For more iOS and other tech news stay tuned to iTD and keep following us on Twitter and Facebook.