Today, @comex released a picture on Twitter of a jailbroken iPad 2. According to @comex, he “would’ve had it yesterday if I didn’t have to spend 1.5 days looking for a replacement exploit (which came from a most unexpected place…).” A few days back he had tweeted about his frustration in a couple exploits being burnt. One was patched in iOS 4.3, and the other may have accidentally been sent to Apple in the form of a crash log. Despite these challenges, it looks like @comex has prevailed once more, and kudos to him! The best part? His iPad is a Verizon 3G model, which means the exploit(and subsequent jailbreak) will work on the 3G variants along with the wifi-only ones.

UPDATE: The iPad does not belong to @comex. It is actually @chpwn’s, and was jailbroken remotely by @comex from over 2500 miles away. 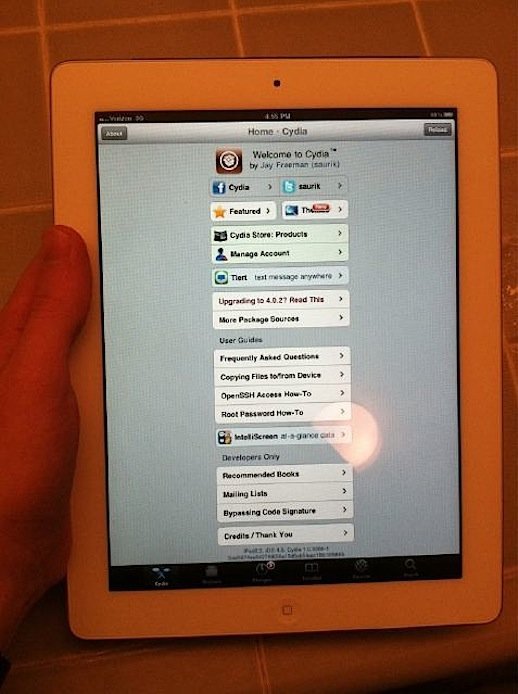 No word yet on when this jailbreak will be publicly available, but a good guess would be after the inevitable 4.3.1. Check back for more news as we bring you updates on the jailbreak situation!

Meanwhile, here is the video of iPad 2 jailbreak in action: