Folks, its finally here. Today, at the big Apple event, iPad 2 was unveiled and it surely brings serious competition to the upcoming RIM and Android tablets. iPad 2 packs a dual core A5 processor which is faster than iPhone 4’s A4 while still runs on low power as its predecessor. The machine is 33% thinner than iPad and even slimmer than the iPhone 4 and hosts both front and rear cameras for shooting videos and doing Facetime. It also contains gyroscope with same 10-hour battery life and standby time of almost a month. Surprisingly, it also comes in white! 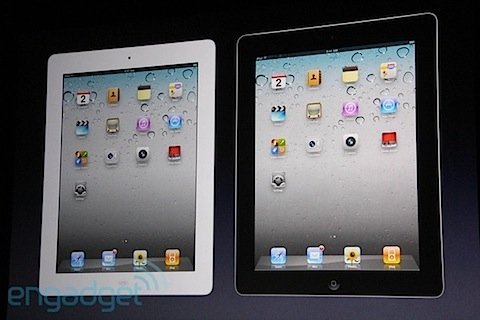 Check out some pictures taken via Engadget’s live coverage which pretty much highlight all the main features of iPad 2: 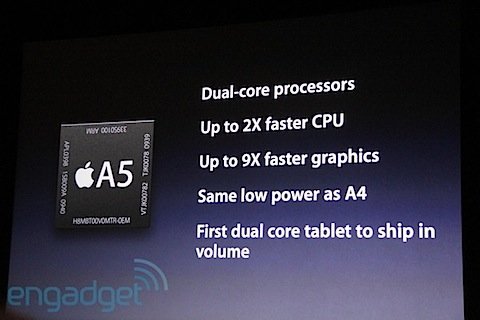 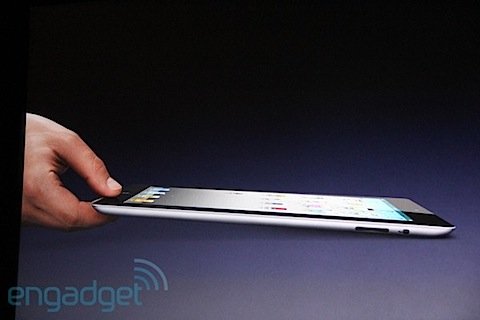 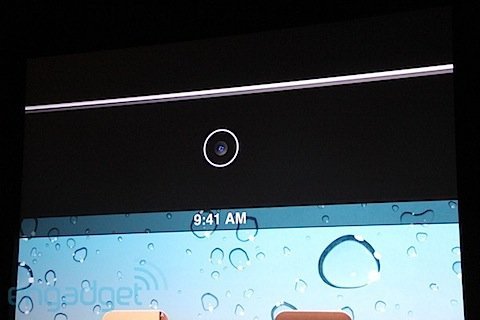 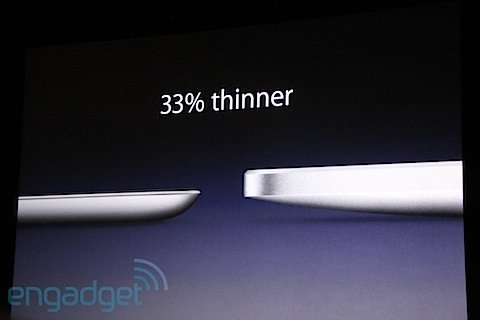 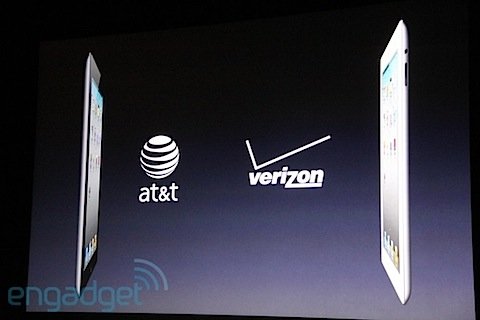 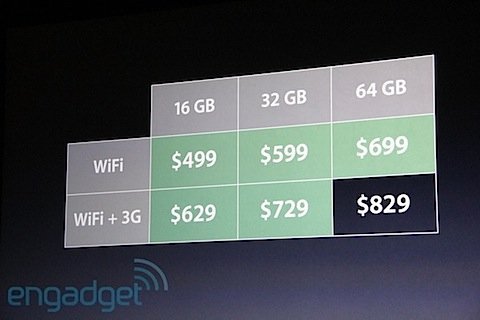 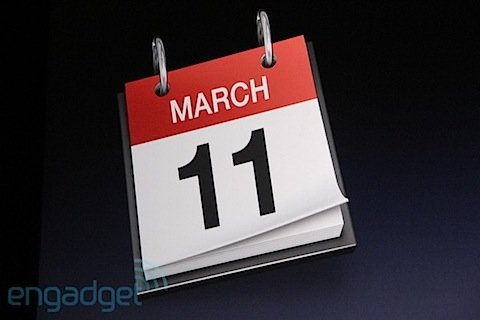 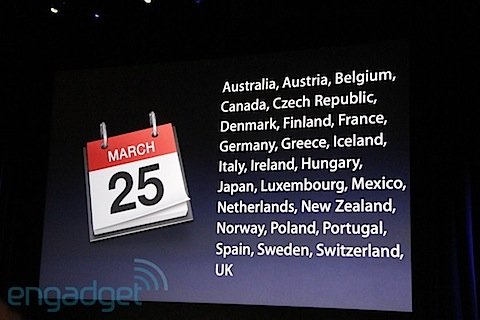 Check back for more coverage of the Apple event right here on iThinkDifferent!