An alleged image of a part of the next generation iPad has leaked on the internet.

The popular Taiwanese blog Apple.pro has posted an image online claiming it’s of an unannounced iPad. This can be confirmed by the fact that the current iPad’s connector’s model is 821-1180-A, whereas the images shows model number 821-1259-06. 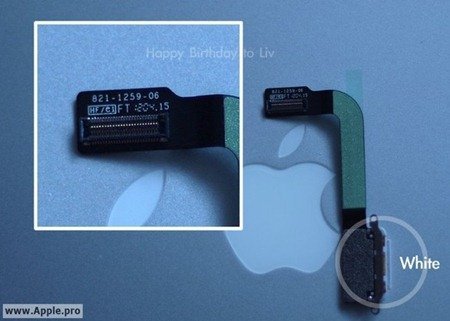 Redmond Pie explains that the white tip on the connector could mean that future generations of the iPad will probably also have black and white versions.

While we aren’t certain this is a part of the iPad 3 or HD, we should remember that Apple.pro has a long history of legit Apple leaks, meaning this could very well be true.

The iPad 3 is expected to launch as early as October this year, and if this is the case it could mean that the iPad 3 production should be starting very soon. We don’t know much of the next generation iPad, apart from that it will probably have a higher resolution display.